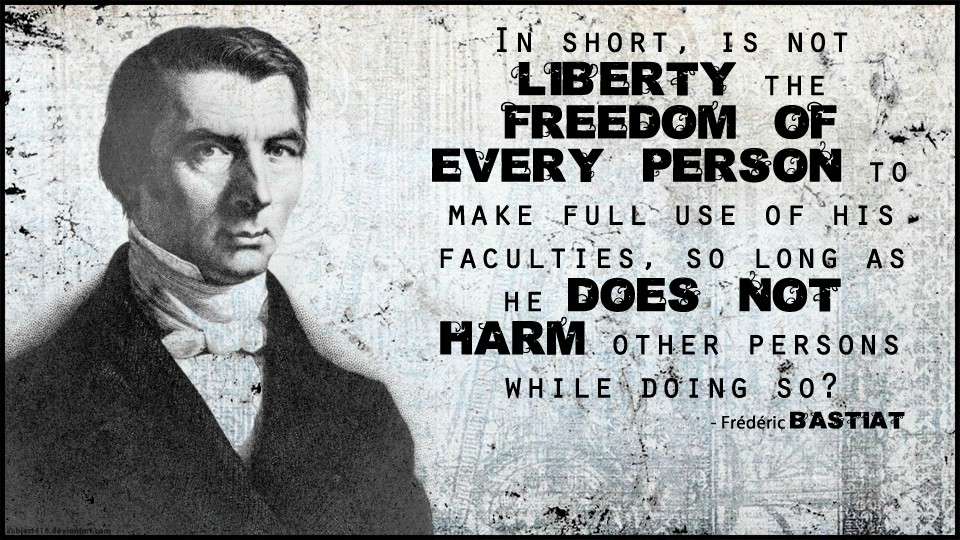 Publisher’s Note: The continuing crisis in the Eurasian landmass has finally bridged the gap between traditional Europe and the bubbling Western cauldron of unintended consequences that is the modern Middle East with the recent Paris shootings. This may be the 4GW answer to the attempted invasion of Europe in 732 at the Battle of Tours by Emir Abdul Rahman Al Ghafiqi Abd al Rahman. The non-state combatant seeks to make its enemy strangle itself through over-reaction, domestic expansion of the warfare/surveillance/terror state of the beleaguered entity. It has certainly worked for the meager investment to bring down the towers in New York in 2001.

Regrettable and stand by for more of the few freedoms you have left to be shoved in the shredder to protect you from the mess that the US and its Western satraps has created since the turn of the twentieth century.

Whatever noise and fury you hear from the usual suspects on how to prevent such a thing from occurring again, keep in mind what the solution set has delivered for the American fatherland since the 9/11 incidents in New York and the Pentagram.

There are only two possible solutions:

Cease and desist all meddling in other people’s lands and absolutely unfettered access to small arms of every type at the atomistic level. France’s totalitarian gun prohibition and culture of obedience to authority created the perfect circumstances for the Helots to be maimed and murdered at will by purposeful combatants.

Don’t expect either of these methods to prevail.

In other news, I have just completed all six parts of a series I am doing with ProfCJ at the Dangerous History Podcast on Irregular Warfare.  Indeed, we started with one part anticipated and ended with six and potentially more. We are pretty proud of the end product.

I wrote the Foreword for my friend Jim Rawles’ latest book, Land of Promise, which is now available for pre-order on Amazon. He is really stepping up his game.

My books are available on Amazon and I would love some honest reviews if you have the time. –BB

“In the quiet spaces opened up by the prolonged, undistracted reading of a book, people made their own associations, drew their own inferences and analogies, fostered their own ideas. They thought deeply as they read deeply.”

– Nicholas Carr, The Shallows: What the Internet is Doing to Our Brains

You are an enemy of the state if you don’t remain connected all the time.

Like airplane fuselages on American flagged carriers and Federal installations, your benevolent government wants you monitored at all times and subject to unlimited search and seizure of person and property at every juncture if they wish.

The pocket radio, a Belmont Boulevard, appeared on the market in 1949. Unlike the odd Communist world fascination with loudspeakers at every block throughout the other evil empires, the device revolutionized commerce. Once the Walkman debuted in 1979, one could now complement the portability of receiving radio transmissions with recorded music on the cassette medium to be succeeded by CDs later on.

I would mark the middle of the twentieth century as the beginning of the end for mass purposeful reading of books, newspapers and magazines in America. It has simply gotten progressively worse since then.

Reading doesn’t take place until you take your eyes off the page; in other words, reflection and contemplation are important cognitive processes. Genius has been defined as an interdisciplinary connection of heretofore unrelated data points or conjecture. Critical thinking is hard but not complex. In essence, critical thinking is thinking about thinking to improve your thinking through better thinking. A lifelong project best started at a tender age. The four levels of reading championed by Mortimer Adler provided one with a critical thinking toolkit to assess and quite literally change the world around you through the act of absorbing someone else’s worldview and perspective through your own critical lens and confirmation bias..

I think it is no mean coincidence that reading happened to coincide with the rather thoughtful revolutions against the state that took place when the Enlightenment started to reduce the edifice of the church/state monopoly that had been the way of human civilization for thousands of years. The practice of “silent reading” became the transformative event in human society.

“Even the earliest silent readers recognized the striking change in their consciousness that took place as they immersed themselves in the pages of a book. The medieval bishop Isaac of Syria described how, whenever he read to himself, “as in a dream, I enter a state when my sense and thoughts are concentrated. Then, when with prolonging of this silence the turmoil of my memories is stilled in my heart, ceaseless waves of joy are sent me by inner thoughts, beyond expectation suddenly arising to delight my heart.” Reading a book was a meditative act, but it didn’t involve a clearing of the mind. It involved a filling, or replenishing, or the mind. Readers disengaged their attention from the outward flow of passing stimuli in order to engage it more deeply with an inward flow of words, ideas, and emotions. That was—and is—the essence of the unique mental process of deep reading.”

Deep reading is what gave us most of the benefits of modern society today much like the very notion of an individual mind is what gives substance to ideas..

The mass reading phenomenon was inaugurated n the West in the fifteenth century and gained significant steam after that period. Fischer’s treatment of the History of Reading provides a much better road map on this from a global perspective than this brief jeremiad will bother with. One just needs to consider that the transmission of the written text in this form was the most revolutionary means possible to create these information conduits to deliver mass self-education for those who bothered to do so.

The electronic revolution that has occurred since 1949 in communication is unprecedented and critically dangerous to individual liberty and freedom. That small Belmont (to be succeeded by transistor radios in a few years) inaugurated a perfect opportunity to begin the cognitive slide that a retreat from purposeful reading, an active form of critical thinking to a more refined level, will create.

Electronic mediums like radio and television (why do you think they call it programming) are passive acquisition transmissions of information. And while the online phenomenon does create active participation in thinking to a certain extent, undisciplined access to the internet can lead to the same phenomenon of the friends you know who will sit in front of the glass teat and flip channels obsessively for hours.

It also creates the idee fixe all of us observe of people constantly connected to screens. And this dependence on screens for all waking hours is eroding important aspects of people’s thinking abilities that if lost, may be hard to retrieve once relinquished. William Powers speaks to this in his brilliant book, Hamlet’s Blackberry: “And we’re losing something of great value, a way of thinking and moving through time that can be summed up in a single word: depth. Depth of thought and feeling, depth in our relationships, our work and everything we do. Since depth is what makes life fulfilling and meaningful, it’s astounding that we’re allowing this to happen.”

This is no more far-fetched than what other observers are opining about the devolution of brain function as a tool-set to apprehend and change the world. Nicholas Carr speaks to this adroitly: “What the Net seems to be doing is chipping away my capacity for concentration and contemplation. Whether I’m online or not, my mind now expects to take in information the way the Net distributes it: in a swiftly moving stream of particles. Once I was a scuba diver in the sea of words. Now I zip along the surface like a guy on a Jet Ski.”

In combination with other screens and the ubiquitous if not emerging seamless connections with the Internet for cell phones and other Bluetooth-like technologies that make even the car a thought-free zone.

I don’t have a Facebook account nor will I ever but I am also inclined to a monastic predisposition for social interaction. I recharge in my own company. For those of you who use Facebook or other social connection mediums, at the end of the day, what is achieved of merit? There is a whimsical and almost masturbatory infatuation with it. I experienced this with Twitter when my book editor recommended I use it as a cutting edge tool to promote my books. I quite literally had to carve out specific times I would be on it and simply not check it for large blocks of time.

I am convinced that the compulsion with screens of every type is actively disengaging humans from each other and vigorously diminishing people’s ability to employ critical thinking skills.

Now match that phenomenon to the widespread and wholesale vacuuming of ALL information in the electronic ether by the usual suspects in Western governments. They can simply store the metadata and when a decision is taken to crate a dossier on an enemy of the state, ex post facto, they simply assemble all the aggregated data points connected in unison on the different devices people use not to mention the association networks with people they communicated with.

And the state is the enemy of all freedom and liberty, the apex predator of individual moral agency.

We haven’t had broadcast TV in the house since the mid 1990s and we are happy for it because it eliminated a major distraction to home educating our children and I wouldn’t do it otherwise. We do stream and while I have a huge music collection on both electrons and CDs, it provides the background ambiance for activities such as writing (I am listening to Peter Gabriel’s Passion as I type this, my favorite scribbling muse). I also try to limit the amount of time I spend on the internet and read several hours a day if I have the time.

I still use a dumb phone so I cannot be connected to a screen. Yes, I use a Faraday bag when visiting with friends.

When we take road trips, we’ll listen to recorded books.

It keeps my brain functioning to do what it was built for: critically apprehending the world around me to inform my behavior and moral decision-making.

Timothy Leary was right: “Turn on, tune in, drop out.”

If you take one thing away from this brief philippic, just do it. Inventory your life and determine if the screens are a bane to your existence and if so, take action. Your screens are building a crystal prison that you live in whether knowingly and oblivious to the fact.

“The bond between book reader and book writer has always been a tightly symbiotic one, a means of intellectual and artistic cross-fertilization. The words of the writer act as a catalyst in the mind of the reader, inspiriting new insights, associations, and perceptions, sometimes even epiphanies. And the very existence of the attentive, critical reader provides the spur for the writer’s work. It gives the author confidence to explore new forms of expression, to blaze difficult and demanding paths of thought, to venture into uncharted and sometimes hazardous territory. “All great men have written proudly, nor cared to explain,” said Emerson. “They knew that the intelligent reader would come at last, and would thank them.”

– Nicholas Carr, What the Internet is Doing to Our Brains

9 thoughts on “Reading is Fundamental to Freedom by Bill Buppert”