Today, I’ve released the new book I just published. The new book is ZeroGov: A Vision for an Unshackled Humanity.

On this day, 24 August, in 1759, William Wilberforce was born; the British abolitionist who put his shoulder to the wheel to derail and destroy the English sponsorship of chattel slavery. He is one of the patron saints of this site.

On this day in 1814, the British burned the Offal Office and White House to the ground. Nearly a quarter century after the ghastly Constitution cast its eye of Mordor over the fruited plain while settlers fled and raced west to escape its grasp. Little did we know the portent the British offered for the sheer loathing the White House would inspire planet-wide in the intervening years.

I can’t think of a more auspicious day to unveil the debut of my new book. The second volume of essays covers the following years of 2012-2015 accompanying the first volume.

I had originally planned to simply expand and revise the first volume but at nearly a thousand pages, even in an electric medium.

Please be sure to pick up the book at 3.99 on Amazon and take the time to leave a review if you see fit. The first volume is here.

The abolitionist project is picking up steam and people are waking up and seeing that the chains are real and the shackles need to be sundered. I hope this book puts steel into the movement and provides a minor intellectual boost to feed the gathering storm.

I am presently working on two additional books, one a novel called The Cancer Club and the other a non-fiction book on applying ancient philosophy to modern business. 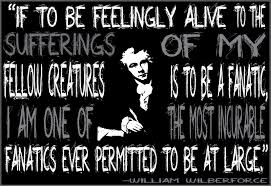 3 thoughts on “ZeroGov: A Vision for an Unshackled Humanity by Bill Buppert”