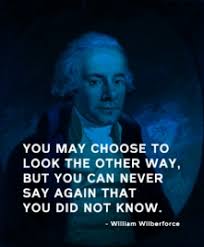 Publisher’s Note:  Doug has graced the interwebs and my site with his poetic license and waxing eloquence as Mountain Top Patriot; I have urged him to start his own blog. He refuses. He did scribble this and I’m posting it here. Enjoy. -BB

Liberty is about one thing: Self Determination, or to put it another way, people are the sovereign and it is we who decide what is good or not good for us. That is all there is to it. That is the nature of our sovereign power, It is what makes us sentient beings, and by default makes each of us the master of our individual destiny. If the state uses its force to deny any fraction of this sovereignty we are each born with, than why would you have elections and referendums, submit to extortion rackets like taxes and obeying any “law’, but Gods primal fundamental laws of rightful Liberty you are bestowed with? What is the point really, unless you allow, permit, remember this is about choice, the state or any power but your sovereign power to determine what is good or not good for you?

It is the most profound question of what came first, the chicken or the egg.

What where you conceived with, liberty or slavery?

Look at it from another logic. Abolition is the default state of being human. That I was created as a living Sovereign Entity. This state of life is Default by conception. Why is the creation of life so sacred if it where not the truth of us?

Sound far fetched? Wait a second, give it a good think now. The implications are the greatest paradigm of our time.

Here is my argument: Abolition is the absence of any power over my life that is not benign.

Any application or imposition or intrusion in my affairs, use of force, coercion, extortion, threat, covert or overt, which limits my own choices, bars me from self determination in any fashion whatsoever, is artificial to my natural state of abolition. I was conceived and was born purely as pure can be in a natural state of abolition. This is primal. Any construct of control over me and my self determination comes after the fact. It is therefore by default also, artificial and inhibiting. An insipid construct of evil minds without moral compass.

By this very definition, any power but my power which is employed to deny me my primal self determination is not legitimate. It is not even a right. It simply is the truth.

That Truth is a beautiful thing indeed.

So…is it so hard to believe, that abolition is not just possible, but it already exists?

That it is the default state of existence?

Think outside the box.

Is that a truth you can accept?

Taking it to the essence, the very crux of the matter, just how is any of this human condition of living in and under this slavery to the state and importantly the actors of the state even remotely legitimate in any way shape or form?

If you as a sovereign natural born human can submit to these terrible state of affairs, why can you not submit to your natural state of abolition?

How could it be at the worse any worse than being a slave to the state?

Somebody explain that to we who are abolitionists, please. Define the justifications for complying with this tyranny? Just how in God’s name is even an iota of slavery by the state acceptable?

Better yet, if we as a race of sentient sovereign beings can do all these things as slaves to ourselves and others, expend the mind blowing energy and resources in a 5000 year history of the human race in effort to deny the primal state of abolition, explain to yourself, to others, after all that, how in God’s name could you even suggest abolition is not possible?

I contend this statement of the truth of us is proof that abolition is not just the default state of being, it is absolutely possible, if for no other reason but abolition requires none of the energy and resources, it requires no schemes of coercion, nor use of force or violence to obtain which tyranny requires.

You have no need to destroy things, enslave or murder people to have abolition.

Better yet, abolition is a system of total personal wealth, in every sense of being rich. Rich in serenity, rich in happiness, rich in productivity and the fruits thereof.

After 5000 years of tyranny, we stand on a unique precipice. Not a chasm of destitution, trial and tribulation, but of profound opportunity, as a species, as culture, as people, as sovereign individual entity’s.

Without doubt the truth is we as abolitionists are faced with daunting obstacles, yet it is our default state of liberty which if we realize its intrinsic power, is unconquerable. It is leaderless power, a kind of leaderless insurgency no state nor actor of it can defeat, and more profoundly can never eliminate. For to do so these tyrants and their machine of tyranny would have to liquidate most of humanity from God’s green Earth, and even then the idea of primal abolition would never be forgotten, for it is still the default state of every conceived human embryo.

It is this nebulous state of individual sovereignty, the gift of empowerment born of self determination, which is the high ground of legitimacy. It is the lynch pin of liberty, the motive power of liberty, the audacity of self determination. If we have the power to be slaves, we damn well sure have the power to not be slaves. It is the choice, the ability we all possess to choose. A choice we all have as sure as we are born. And only those two choices as a manifest state of being is all we have. Those choices are default also. Everything stems from those two choices. One choice is consent to slavery, one choice is consent to abolition. There is no in between, no half choice. All the mental gymnastics in the world does not make 2+2 = 5. And that is the power of tyranny, and abolition. Choice.

Another way to look at abolition, its inherent merits and its primal condition is if it was not legitimate, if it did not hold, possess, the promise of liberty, of self determination, then the state, its actors would not employ force in attempt to destroy it and people who hold dear to its beauty of primal freedom.

Abolition is the greatest threat to the state there is. It is THE existential threat to tyranny and its actors. Nothing comes close to eliminating tyranny, tyrants, and its ilk, as abolition. Abolition is fundamental. It is not just a possible alternative, it is the alternative. Nothing else will suffice to provide a society with the tools and materiel to live in liberty.

Abolition must be obtained, because it is default, because it is both beginning and end, and in abolition, nothing but our self determination determines our condition of freedom and happiness. There is no substitute. No panacea, no magic parchment or savor, but what we put into it. It begins with each of us. As fundamental, abolition is the foundation of our culture of liberty is constructed upon if we so choose.

Be an emissary of abolition, spread the gospel of liberty, spark the idea of abolition in the heart of another.

For once it begins to burn in the hearts of men, it cannot be extinguished. Abolition smolders like a passion. It warms the soul, inspires the spirit. Best of all it instills an indomitable will upon ones being. To not be denied the fruits of abolition.