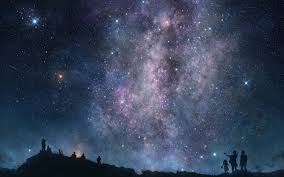 Publisher’s Note: Day after day, one who pays attention knows that the imperial mandarins in Mordor on the Potomac have zero goodwill toward their charges in the zoo they have created in the USSA. The politicos and apparatchiks take their exsanguination program of the Helot in their pet vampire nation most seriously. The game is afoot and it is just a matter of time before the real unpleasantness starts with the descending Endarkenment sponsored by the Orcs in power. There is no cavalry on the horizon, you are on your own.

On occasion, we will publish arcane or neglected lore and this happens to be one of them. I would urge you to give this a try. This would synchronize nicely with some the other forgotten skills like navigating with no tools other than you organic optics and intellect Harold Gatty died in the 1950s but his guide is quite useful. He studied the earlier cultures such as the Vikings, Polynesians, Portuguese, Native Americans and Aborigines to divine their wandering ways. I highly recommend it. The methods covered range from the usual — such as stars, the sun and trees — to less common ones such as the routes of migratory sea birds or seasonal winds. As a matter of fact, find an active outdoorsman over the age of fifty in your neck of the woods and start an informal apprenticeship under him.

The same applies to the following short overview of unaided night vision. Do you happen to know a fellow shooter at the range who just happens to be an optometrist or ophthalmologist? Ask around. Then explore some of these questions with an expert. These kind of interdisciplinary investigations is what opens new answers to unresolved questions.

Our first Village Praxis entry was July 2009. My, how time flies.  -BB

While modern Western armed forces have sophisticated technologies and methodologies to increase visual acuity at night, one should practice what’s available when technology fails. Not everyone can afford to shell out three thousand dollars for their personal Third Generation night vision devices. Unaided night vision and “dark adaptation” is a compromise in the following components:

It takes the average person 30-45 minutes to acclimate to total night vision capability unaided. The ability to ruin carefully nurtured night vision for an event can quite literally be disposed of in a flash.

Bottom line is that apart from studying the mechanics of your eyes, the primary two means are:

Diamond viewing: “It is similar to the off-center vision technique taught in rifle marksmanship. Diamond viewing means that you move your eyes just slightly, a few degrees, in a diamond pattern around the object you wish to see. You do not have to move your head-use your peripheral vision.”

Looking around objects. Your eyes are much more effective at the periphery of the cone than the center in low light conditions and movement can be detected with more alacrity.

There are a number of resources for TTP on these variations of unaided night vision.

The bottom line is you have to reduce the recovery time back to night vision (dark adapted or scotopic).

This extract from FM 3-22.9 Rifle Marksmanship M16-/M4 Appendix H describes the following in its appendix:

All of these techniques demand tailoring and customizing to the needs of yourself and those you train with.

I do wish I could recommend further reading but there is nothing I have found that is useful. Some gun writers with zero optometry nor ophthalmic knowledge have put out some things I would stay away from. There is a real need for a trained eye science professional to address this from a brass tacks perspective for low/no light application for unaided night vision. 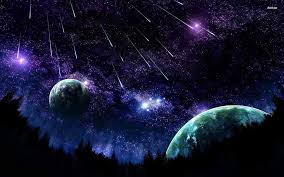