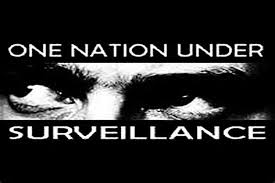 “We’re after power and we mean it. You fellows were pikers, but we know the real trick, and you’d better get wise to it. There’s no way to rule innocent men. The only power any government has is the power to crack down on criminals.

Well, when there aren’t enough criminals, one makes them…you create a nation of lawbreakers – and then you cash in on guilt. Now that’s the system, Mr. Rearden.”

The modern state and government have one primary goal in mind: the maintenance and expansion of political power to horizontally and vertically regulate and tax every transaction of human behavior within its jurisdiction, individuals and firms alike. For America, that means the unfortunates living in the confines of the common geographical boundaries recognized as the US and it possessions and according to the IRS, any place on Earth an American holding current citizenship resides. The US has been a military garrison state since 1860 with short interregnums of less war-like times. With the end of the Civil War and the tyrannical consolidation of the Lincolnian imperial project, the American military apparatus was focused on continuing its campaign to eradicate or threaten into docility the aboriginals who had originally peopled the continent. By the 1890s, the aboriginal extinction/resettlement plan had everything but a bow tied on it. The politicians in Washington started to get restless and set their sights on the exclusive colonial empire club and wanted to carve out some extraterritorial gains while the going was good thus the annexation of Hawaii in 1893 and the wholesale expropriation of the Spanish possessions in the Caribbean and the Philippines by 1898. The empire has barely stopped for breath ever since.

My frequent readers will recall that terrorism is the threat or use of political violence against non-combatants and innocents. You will note that absence the use of this method, no government on earth could exist. The existing government merely cherry-pick the non-state actors for not implementing terrorism under the more reputable banner of government. The FBI definition is somewhat more obtuse and circumspect but they need to keep their masters out of hot water: The unlawful use of force or violence against persons or property to intimidate or coerce a Government, the civilian population, or any segment thereof, in furtherance of political or social objectives. You’ll notice the rulers are careful to couch the word unlawful in front of violence as opposed to the lawful violence dealt out by American political authority at home and abroad..

Despite the perilously close grasp of a totalitarian state by the US government in the first half of the twentieth century, it never quite took but the last half-century provided the means and the apparatus to finally make it work. The attack on the Twin Towers in New York provided an overwhelming justification for both secret and not so clandestine measures to turn America into the Orwellian wet dream it is proud to be today. The twenty first century provided the American state with the collectivist accelerant it needed, a reason to pry ionto the most private affairs fo its millions of subjects at will.

Many others have chronicled the rise of the police state, the new charter for an omniscient NSA and security apparatus and the various notions that inaugurated the nod and the wink towards torture. All of these things have integrated a tapestry of both real and potential oppression that may not have even existed in the now extant Soviet empire under new management. The US government stands as the premier existential threat to human liberty everywhere it casts its evil eye.

The crux of the notion is that a government-sponsored war on terror knows absolutely no legal or statutory limits. Whether the White House Office of Legal Council (OLC) approved use of torture, the massive campaign by the spy agencies to vacuum up every human transaction by Americans at home and abroad to include every other human they can place under surveillance or the burgeoning epidemic of police violence against taxpayers, the game is afoot. On the approved American political stage where the stumbling players act out an unconvincing kabuki dance of differing philosophies, all the key officials and their sycophantic executive agency apparatchiks dance to the same tune: to clamp an iron fist over every possible blush and activity of human existence trying to wring out reasons to watch them, tax them, fine them or jail them. Or worse.

As I mentioned earlier, plenty of other writers have detailed the shrinking individual freedoms that Americans enjoy from illegal vegetation to include both marijuana and raw milk to the hyper-violent statist police culture that puts everyone in constant danger of being maimed or killed in the name of officer safety.

The stark realization must be that America is no longer free and no longer a nation of individuals capable of remaining free if they run afoul of the government’s innumerable laws, regulations and diktats. The War on Terror (whatever its name may change to over time) is not only a war on the world but a war first and foremost on the hundreds of millions of unfortunates with American birth certificates and passports living in the US tax jurisdiction.

There is quite literally no brake whatsoever on the slide to despotism and tyranny that is modern Americas because the courts and executive agencies agree on one thing: their power cannot be diminished and it will not stop expanding. If you don’t believe me, try some of the following:

The twentieth century totalitarians could only dream of such power built on the slimmest of evidence and shabbiest of excuses to forcibly detain or cage (or maim or kill depending on your level of resistance) you.

It gets worse, look at the fifteen things on this list. The fact of the matter is there is so much law and regulation, any one of us could be picked up in the middle of the night and carted off to be interrogated or mauled by whatever uniformed thugs are sent to fetch you.

No one is safe anymore, it almost seems as if one is living on borrowed time outside a cage in America before the myriad malum prohibitum laws you have broken on a daily basis get you ensnared in the legal system or worse.

Everyone talks about the tipping point or asks when is the complete usurpation of the Constitution going to take place. The answer to the former is soon if not now and the answer to the latter is 1791.

I have said before, if you look at your children and grandchildren and think of how hard their life is going to be because of the failures, missteps, malpractice and sheer brutality that is the American government and its remora states, go look in the mirror and hold yourself at fault. The respective states in the union or merely vassal alliances with the central government. Hell, our grandparents and their forebears are just as responsible as they sat back and watched their neighbors and friends be molested and destroyed by government power.

Ask Ben Franklin’s grandson, young Benjamin Franklin Bache and William Duane at the Anti-Federalist American Aurora in 1798, the tens of millions of indentured servants and chattel slaves in 19th century America to the curious but prescient American Protective League under Wilson which provided an early glimpse at the “snitch culture” the government has been prattling about and encouraging since the end of WWII.

Much like the Stasi-inspired informant system (on millions of government supplied 3×5 cards, don’t you know) and the Cuban analogs in block watch committees, the US Federal government has an almost insuperable appetite to find out everything you know and think. The FBI and DHS is even asking EMS responders to be snitches.

Those who think this won’t end badly for individual freedom and liberty are either terribly naïve or have finally relented that a carbon-based Borg nation may be the better way to advance humanity. Good luck with that.

The totality of Federal government intrusion is on an unprecedented scale especially for a nation that has not yet admitted it is essentially bankrupt by all available metrics. Not only does it continue to spend money it does not have to sustain a system that is the mortal enemy of liberty and decency, it seems hell-bent on taking the entire planet with it.

The War on Terror gives every excuse it needs to establish Binney’s “turnkey totalitarianism”; America’s foreign enemies “don’t hate us for our freedom”, its domestic enemies do and they occupy the corridors of power in Mordor on the Potomac.

The modern Terror state in America is nothing less than a fulfillment of Orwell’s and Huxley’s worst premonitions about just how bad government can be and just how evil the minds at the levers of power can become.

“Experience hath shewn, that even under the best forms of government those entrusted with power have, in time, and by slow operations, perverted it into tyranny.”

24 thoughts on “No Freedom Left Unharmed: The Terror State in America by Bill Buppert”