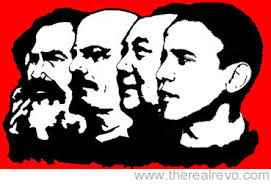 Publisher’s Note:  I took a stab at modifying the 1776 American Declaration of Independence to present standards of governance, moral malpractice and cowardice and discovered that much would be left out on the cutting floor and severe alterations to verbiage would be necessary to keep the Homo Sovieticus Booboisie in America from filling their pants and gibbering in abject fear at the prospect of freedom with risks and costs not underwritten by their neighbors. I had to erase over half of it and wipe out any reference to any behavior absent government permission. So I had to move on to the more fitting document for human bondage and perpetual government, the Constitution.

The Declaration of Independence continues to be a masterwork of brevity and directness in its promise to sever ties and formalize a divorce.  There is no sizable sector of America today that would even have the temerity to sign it much less live up to it.Well, maybe at an abolitionist meeting but I digress.

On another note, in a nation that has institutionalized theft and torture and turned it into rule and color of law, I figured the Supremes would get around to the codification of taxing inactivity which is the secret sauce in the recent ruling.  On page 193 of the infamous recent decision, Thomas says the most important observation in all the pages of painful and obtuse totalitarian apologia for ObamugabeCare:

Most of the ahistorical tax cattle automatically associate the 4th of July with the wretched Constitution anyway. Constitution Day is in September but why wait when the DI has been so famously and ingloriously betrayed in every aspect of its essence and message.The majority in that decision would applaud the Soviet Constitution not that the earlier American version was any shakes when it came to liberty.