“Bureaucracy destroys initiative. There is little that bureaucrats hate more than innovation, especially innovation that produces better results than the old routines. Improvements always make those at the top of the heap look inept. Who enjoys appearing inept?”

My father died last year at the ripe old age of 86 and spent plenty of time negotiating the halls of the Tucson Veterans Administration (VA) for various ailments he suffered later in life. He was entitled to VA treatment after his service during the War to Save Josef Stalin when he was posted to Germany just before the end of the conflict. These WWII vets are dropping like flies and it won’t be long before few are even wandering the VA corridors much less this mortal coil.

My Dad did not die because of the VA directly and I suspect he was just ready to go and shift off to his reward after a lifetime of health neglect. But I can count many times where he was misdiagnosed mistaking congestive heart failure for pneumonia or assigning him a mountain of pills for which no one on Earth knows the complete side effects much less the rippling implications of mixing them together. He lived in spite of the VA and simply had a robust constitution.

There was no malevolence on the part of the staff or the medical personnel at the VA. The VA is simply another enormous federal government bureaucracy that loses sight of its mission, and suffers tremendous administrative bloat to shuffle papers from one end of the facility to another; it practices the sclerotic and sovietized penchant for institutional sloth and inefficiency that is the hallmark of government globally. Well-meaning people staff the bright and shiny facilities but the tether to the state does nothing to put this to good use. Much like every federal bureaucracy that lords over the trapped citizenry in America, it cannot possibly achieve its mission otherwise it would lose its relevance. Harry Teaseley’s seven laws of bureaucracy give a keen road map on what is wrong with the state in effecting reasonable change or administration:

Rule #1: Maintain the problem at all costs! The problem is the basis of power, perks, privileges, and security.

Rule #2: Use crisis and perceived crisis to increase your power and control
Rule 2a. Force 11th-hour decisions, threaten the loss of options and opportunities, and limit the opposition’s opportunity to review and critique.

Rule #3: If there are not enough crises, manufacture them, even from nature, where none exist.

Rule #4: Control the flow and release of information while feigning openness.
Rule 4a: Deny, delay, obfuscate, spin, and lie.

Rule #5: Maximize public-relations exposure by creating a cover story that appeals to the universal need to help people.

Rule #7: Demonize the truth tellers who have the temerity to say, “The emperor has no clothes.”

Others in the libertarian commentariat have invested great amounts of ink in showing examples of everything Teasley describes.

The VA is complex not because of the mission but because of the means it employs to achieve it. Some of the more urgent care needed has months-long waiting lists and the appeals process would make Kafka blush. The VA fiasco is a harbinger of things to come once the government further strengthens its grip and sinks its talons through the Obama sponsored national socialist healthcare initiatives that have sailed through the bowels of Mordor on the Potomac.

Much like the mediocre Company employee claims at the Central Station in Joseph Conrad’s Heart of Darkness, real hope is an illusion. “The atmosphere of officialdom would kill anything that breathes the air of human endeavor, would extinguish hope and fear alike in the supremacy of paper and ink.”

The booboise bureaucratis that is the modern federal employee has no imagination nor anything but perverse incentives in his workdays (a charitable assignation at best). Not only are they not charged with achieving a workable mission that would eventually close the doors of the tax vampire enterprise they labor in but they are institutionally committed to mediocrity by necessity and culture.

Like ninety nine percent of all state bureaus run by the mandarins in DC, the free market (where it still exists in North America) can take care of all of it with much greater alacrity. Unfortunately, the majority of the population is still suffering a waking fever dream where they insist that society can only be formed through initiated violence and the government gun is the best way to achieve this.

The VA is simply the latest in a long cavalcade of calamities that is the US government in action. One wonders at the captains and pilots of the USS Idiocracy that simply sail forward oblivious to the damage they do. Two solutions come to mind immediately but I would not hold my breath for their implementation.

First, the supply issue for the VA is to stop creating future clients by curbing the mad militarism that has haunted US foreign policy since 1893. Stop sending these soldiers, airmen and sailors overseas to participate in the mass subjugation, maiming and killing of peoples in countries who cannot possibly harm the mainland US any more effectively than the mandarins in DC do already. There is an estimated quarter million humans returning from operations in the Middle East who have been brain rattled and no one in the US knows the long-term effects of the impending crisis. The amputees, PTSD and injury caseload is massive after the latest festivities in Iraq, Afghanistan and the Horn of Africa. More than 900,000 soldiers have been injured in Iraq and Afghanistan but “in March [2013], the VA abruptly stopped releasing statistics on non-fatal war casualties to the public.” I remain unconvinced this number is accurate either way because of the fact that ALL veterans who leave the service are entitled to five years of care after departure from the military. The amount of book-cooking the government engages in is legion so these numbers are suspect whether less or more than actual.

Second, the VA employs almost 15 percent of the total Federal workforce (I use the last term charitably) with 332,000 employees in the second largest department and costs an enormous amount of money. By the way, that is one employee for every three of the newly added Iraq/Afghanistan treatment roster brought to you by Team Bush-Obama in the ME. Today, there are 153 VA hospitals, serving 5.7 million patients.

What would be the problem with turning this into a cash voucher system to service all the veterans currently enrolled? Especially if the USG can start minding its own business and stop the monstrous work of creating new VA clients everyday with the American war on the world. One realizes this would not fit in the evil plans of the national socialist healthcare system recently adopted but the use of government issued vouchers for cash to use free market doctors would encourage innovation, zero out waiting lists and raze bureaucracies. But those very reasons would, of course, militate against it ever happening.

Hell, what would be the problem of letting these vets go to all the flag-waving churches and charity groups in the US with hat in hand and asking them to foot the medical bill? After all, these folks are among the most vocal cheerleaders of sending these men and women in harm’s way to increase the American Empire Project abroad.

The VA is merely the latest klaxon warning that government bureaucracy is not only ineffective, inefficient and wasteful, it is evil and deadly.

Want to honor the troops? Bring them home, keep them home and let the market take care of them. The only moral and legitimate fight is defense of your own soil.

“By exiling human judgment in the last few decades, modern law changed role from useful tool to brainless tyrant. This legal regime will never be up to the job, any more than the Soviet system of central planning was, because it can’t think. The comedy of law’s sterile logic–large POISON signs warning against common sand, spending twenty-two years on pesticide review and deciding next to nothing, allowing fifty-year-old white men to sue for discrimination–is all too reminiscent of the old jokes we used to hear about life in the Eastern bloc.

Judgment is to law as water is to crops. It should not be surprising that law has become brittle, and society along with it.” 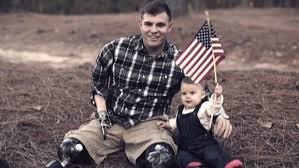 2 thoughts on “Killing Abroad and At Home: Why the VA is Broken by Bill Buppert”