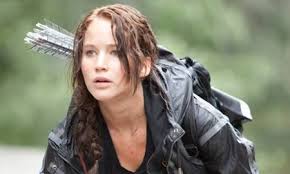 “You only have power over people so long as you don’t take everything away from them. But when you’ve robbed a man of everything, he’s no longer in your power – he’s free again.”

All the conditions for civil war in the United States are coming to a boil. Many revisionist observers of the American Cold War period are discovering that it was simply a continuation of the war on the world the US has been waging since 1893 after the bloody conclusion of the genocidal campaigns against American aboriginals in the nineteenth century and the brief interregnum to consolidate the Federal monopoly stranglehold from 1861-65 when Lincoln nobly swam in oceans of blood to prevent the country from abandoning slavery. The Grand Old Politburo did not free the black man so much as switch out the manacles so he could join his white Helots on the national plantation.

The recipe for upheaval is peppering the country.

A large part of the population has, through voting, made it crystal clear that an entitlement culture is not only desired but imperative to providing for all aspects of living. Hence, democracy in America has become a circus and a spoils system in which the candidates compete to see who can advance Mencken’s characterization of all voting as an “advance auction on stolen goods”.

The post WWII warfare-welfare state has metastasized at the Federal level and unmasked itself since 9/11 to be an unbridled and unapologetic gangster state that takes whatever it wants. It demands total transparency of the taxed citizenry while playing the national security state card to shroud itself in deceit and misdirection at every turn.

The behavior of cops in the last generation has been the primary marker of the shift in attitude of the state in its relationship with its charges in the land of the free and the home of the brave. Not only has militarization been the harbinger of the worst behavior of police in history in the country but the evil triumvirate of police unions, qualified immunity and the de facto Federalization of all 19,000 police departments polluting the American landscape is quickly bringing the entire sorry enterprise to a head and a boil.

Cops are not only becoming increasingly brutal and absurd in their techniques but seem to have an active disregard for the very welfare of the citizens whose wallets are pinched to pay their inflated salaries and watch their waistlines blossom to unhealthy proportions. If the Ukrainian protests had occurred here in the US, the American constabulary would have gone to gun immediately and left hundreds if not thousands of protesters maimed and killed. The police attitude cannot be disputed: they will go home at the end of their shift no matter the cost in lives or taxpayer money because that is the perverse incentive of government and in their case, an inherent result of the curious blend of cowardice and bullying psychopathy that seems to be the ideal mix for statist cops. Even the alleged Oathkeepers will do the worst for the state unless the entire history of the Serpico cop is simply understated or unreported.

There are no good cops and they will be the vanguard of the coming hot civil war in America. It seems ironic that the former communist countries like the Ukraine would have a police force that practices a far larger restraint in dealing with its minions than the vaunted city on a hill in North America.

The economic ills are legion throughout the country: an acknowledged national debt impossible to repay, non-funded liabilities and promises at the federal and state levels that may exceed GDP by dozens times over, the cavalier printing of money to make counterfeiting look legitimate by comparison and usurious combined tax levies that would have made King George III blanch in professional embarrassment.

A Federal corporate tax rate that started at one percent in 1909, ballooned to 52% in 1968 and has settled to a monstrous 35% making it one of the highest tax rates of its type on Earth yet it only ultimately affects the consumer since it increases the price of goods and services in the heavily regulated above-ground economy. A combined tax burden on Americans that probably exceeds 70% when all is said and done. One does not work until April to pay off the tax-man, you never stop.

Some have observed that the best capitalists suffer under the worst capitalist conditions in North America and Europe and that the reverse is true through most of the rest of the world. One learns that in the rest of the world outside the “developed” nations, you can keep far more of what you earn and they have as of yet to develop the sophisticated “theft accountancy” competence of the West in which the tax paying drones are nothing more than cattle managed on a feedlot known as a country.

One could go on and on cataloguing the horrors of the modern nation state and the US in particular but many more competent scribblers and pundits have opined on the waning of the West and the ultimate fate of the unfortunate passport holders and residents of these burgeoning prison-states. The term may be jarring but there is a prosecutor in every burg across the fruited plain with a huge arsenal at his disposal to put anyone away for a very long time in the self-serving legal system cutely posing as justice in America.

History rhymes and does not repeat itself but every country in human history has suffered paroxysms of upheaval and conflict that has changed its national destiny and sent it to the graveyard, in particular large empires that could no longer sustain their tyrannical behavior overseas and simply brought it home as a natural reaction to its daily behavior.

The US is quickly rocketing to a number of critical decision points in which the very existence of the national government is in jeopardy if it cannot consolidate its stranglehold on every aspect of the citizenry’s behavior hence the Snowden confirmation of a total absorption of every electronic transaction amid a sea of other damning affirmations of tyrannical behavior on the part of the imperial rulers in DC. The cold civil war is the one-way conflict raging in America by the Federal government on the whole of the citizenry. As I mentioned before, simply put all the components together of what the US government does on a daily basis from the wildly barbaric daily behavior of cops to a monolithic bipolar need for a transparent citizenry and a shrouded intelligence and national security leviathan that works in the shadows to consolidate power always at the expense of individual liberty and freedom. Everything in between from economic malpractice with the Keystone Keynesians to the barely veiled desire to nationalize “health care” to the notion that national security trumps everything to the point where one forgets what, in essence, is being protected at all besides the religious admonitions to maintaining the power of the central government.

The hot civil war will be triggered by a number of unforeseen and seminal events that will be much more Black Swan in character than predictable. The Federal government is blind to the second and third order effects of its policies as evidenced by the vast economic illiteracy posing as policy and the increasingly brutal treatment and response of the most mundane infractions by its Praetorians. The history of irregular warfare is chock-full of legions of examples of smaller and more adaptive resistance movements outpacing and defeating larger and better-equipped foes.

Once you grok Solzhenitsyn’s quote at the beginning you start to understand the vast miscalculation in store for the mandarins in DC once the end-game is approached. This is Bush’s fourth term and the current occupant is simply following in the long train of abuses that is the fire and substance of all Presidents since the beginning. The Federal government mission statement can be summed up in one pithy phrase: to pursue and defend central government supremacy wherever it may be found and to institute it where it is absent (to characterize bureaucratic behavior simply substitute the word mediocrity for government).

This will be its undoing and when the eventual break-up of the country happens, future historians will bicker for decades on correlation and cause to trace the beginnings. Many sober historians will look at the years 1791, 1865 and 1893 and others will suggest dates in the twentieth century but in the end it does not matter.

The dates on the tombstone once the US enters the dustbin of history with all the other failed attempts at Homo Sovieticus will not be as important as the events that comprise the dash. I have had to bleach my brain of all the incredible agitprop and disinformation posing as education in America from K-12 and on to the mind laundries in university and the conclusion is inescapable, the story of America is quite simply the narrative of a country drunk on the path to government supremacy over every aspect of human behavior and a willingness to export violence planet-wide to control everyone else.

So, in the end, the Cold Civil War, will go hot. Unlike the unpleasantness in 1861-65 in which a part of the nation calved off to divorce itself from the body politic it no longer felt a part, the next civil war will be more genuine in the nature of the civil wars one has come to know in Ireland, Spain, Iraq and Afghanistan but it will be more characteristic of the behavior of the USSR and Nazi Germany in its treatment of the combatants and non-combatants alike once the Feds get the butchery started.

The Federal government will practice a scorched earth policy because it will be fighting for its very existence and the gloves will be off which will greatly benefit the swelling of the resistance ranks as it discovers, like its behavior around the world since 1893, that it cannot maim and kill women and children fast enough to keep the men from filling the warrior ranks to fight the beast.

The good news is that the US has a number of flaws and errors in the military realm if it attempts to prosecute internal military campaigns against secessionist or insurrectionist elements and movements. Strategic Deficit Disorder and the absolute inability to conduct successful counterinsurgency campaigns anywhere on Earth. The vaunted American military machine is a paper tiger absent sufficient technology. One merely has to look at the trillions wasted in Afghanistan where the Green Zone is still not a safe place to tread without full kit and weapons in the capital city.

There is a storm on the horizon and the government will push until every American will be in the hazard with very stark choices indeed.

7 thoughts on “The Cold Civil War by Bill Buppert”