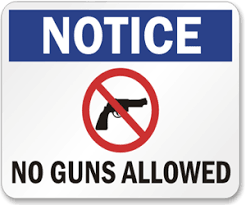 The mass shooting by the evil predator in Connecticut on Friday in the federal and state mandated gun-free zone at the government school is a tragedy.  Like so many of the shootings, the thousands of wrong-headed and hoplophobic regulations that promote disarmament of “non-credentialed” citizens has left thousands dead and more wounded.  The usual suspects among the government supremacists are dancing on the graves of the children by calling for more restriction on individual protection and seeking to disarm greater swaths of the population that don’t meet the approval of the government.  Mind you, this will not disarm the greatest threat to individual safety, the police nor will it disarm the greatest threat to world peace, the American military.  The legislation and regulation will only target the “law-abiding”, that vast population of earning cattle that roam the tax jurisdiction called the United States.

Not only will the plantation dwellers be stripped of arms and the articles of self-defense, they will be forced to make convincing noises about why that makes everyone safe including, of course, the children. Many observers have made the case for the absurdity of all of this far more ably than I, whether concerning the Second Amendment, criminal fear of armed citizens and the ocean of statistics that can be manipulated by both sides of the weapons debate.  That is not the distillate of what I am asking.

The central question remains:  is there a consistent meme in the government-media complex case for weapons disarmament and prohibition.  There is and it is rather simple.  The government’s primary war is one it has waged and will fight through eternity for its very existence.  Whether democratic, communist or socialist or every difference in between; the state must extinguish individual self-sufficiency wherever it finds it.

The urban incubation of collectivist ideas is part of the reason.  City folk pride themselves on their lack of self-sufficiency.  They proudly open small refrigerators containing merely condiments and empty larders and brag about the sheer number of restaurants and cuisines available to them just a short jaunt away on government transit of one type or another.  Collectivism finds a natural germination here because one of the real societal divides is between urban folk and ruralites.

The urban enclaves in a democracy provide the majoritarian voice needed to rob various minorities of their rights and privileges whether these are notions of color or creed.  Unlike free(d) markets, government programs and initiatives and regulatory regimes are always a zero sum game that takes from one party to benefit another.  Unlike free(d) markets, there is always an injured party and in the case of civilian disarmament, this becomes quite literally true.

This urban voice dominates the government-media complex de jure and de facto despite the irony that the attacks and imputations against gun-owners rivals that of the Democratic fears of armed blacks at the end of the 19th century and beginning of the 20th century and the double-speak that informs the media coverage of government police savagery nation-wide.

The government hates individual ownership of guns for a basic reason that pales in comparison to their use against tyrannical behavior by said government; private ownership of defense at the atomistic level in any society lessens dependency on the government for anything; once this capability to defend against both private and public predators reaches a peer competitor level with these aforementioned forces, the balance tips in favor of individual autonomy and tips the scales toward self-sufficiency.

Self-sufficiency is the cardinal sin and self-reliance in a voluntary community from the family to friends to business associates always undermines the government’s ability to control its subjects.  Guns in the hands of the population is the first building block to this twisted and inhuman arrangement that makes all inhabitants of a nation-state not only the clients of the warfare-welfare state but the potential inmates of the established penal system through actual caging, parole or probation for regulatory statutory violations of the myriad rules of the state.

No state on Earth whether the US or North Korea or Germany or the Sudan can sustain itself absent police forces and the increasing equivalency of American private arms to the assigned weapons of the 19,000 (!) government police agencies in the US is a direct threat to these coercive arms of the state but more importantly, diminish the monopoly on protection these police forces advertise but rarely fulfill.

The US War on Self-Reliance has been going on since the formation of the Republic but started to gain significant steam with the War of Northern Aggression and the Lincolnian consolidation of federal supremacy over state action.  Scratch the surface of every regulation in the monstrosity called the Federal Register and it boils down to destroying individual self-reliance in a voluntary community.

While the government’s fear of individual armament has a component of fear for its very existence in the event of sedition, rebellion or revolution, the overweening imperative is the constant and consistent destruction of any form of behavior that divorces the individual from dependence on the government no matter how large or inconsequential. Think of this way, once the government strikes and blots out all individual initiative which is the essential building block of self-sufficiency, its only fear for existence would be the delivery of its own demise through its behavior such as the impending economic collapse authored by the worthies in the Treasury and the Congress.

Why does the government conduct raids on illegal vegetables whether drugs or organic?  Why did they fight homeschooling tooth and nail?  Why are preppers and survivalists being demonized?  Why is practically every human transaction on American soil subject to some form of rules or regulation?

Put in perspective, the War on Self-Reliance is job one for any form of government; otherwise, the ability to threaten and cajole compliance and obedience starts to diminish rapidly when the subject populace can take care of itself unassisted, thank you.

The latest Sturm und Drang on display by the government spokes-apparatchiks for individual disarmament is merely part of a larger tapestry to dissolve and eliminate individual autonomous action.

Nothing less and nothing more.