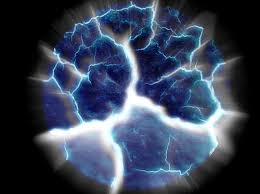 “A government that robs Peter to pay Paul can always depend on the support of Paul.”

It’s funny how the official message of the land of the free and home of the brave is the bigger the government the better.  How many times do the bipedal human parakeets on television news squawk about the need for a more stable central government to make all the bugbears go away? How often does this meme haunt any conversation about bringing stability to the Middle East and especially in the countries that the American military is currently occupying and trashing?  Official Washington on both sides of the aisle are always cheerleading the latest government expansion and increase.

They don’t know anything else.  Freedom of action without government permission simply does not compute for them.  The bubble of insulating propaganda and self-congratulation puts virtual cotton in their ears.  They are deaf to any concept of a non-police state social arrangement.  Scratch a Republican or Democrat or Green or even a beltway Libertarian and they are either tone-deaf to freedom and liberty at the atomistic level or terrified of the implications for their power.

Afghanistan as a very anarchic country really short-circuits the Beltway meme that ALL humans wish to be corralled into tax jurisdictions and looked after by benevolent police states that will fine, kidnap, cage, maim or kill any cattle that don’t comply with the program.  We discovered the same thing in trying to tame Somalia militarily that it was simply impossible to conduct a capitol thrust with overwhelming military power and sue for peace and the Somalis simply are not interested in centralized authority.  The Afghan conflict is the same, unless the US slaughters every man, women and child within its borders and creates an American suburban dystopia with imported humans, no Afghan central government will control anything outside of Kabul.  Instead of wringing our hands over how to solve that problem, why don’t we simply look at what has created such a decentralized and distributed society.  Even when the Taliban were in power, there were sectors of the country no Afghan nationalist could safely go much like the Appalachian mountains or wilder grow areas in the inland mountain West in the US where even today Federal government officials fear to tread.

Mountainous terrain and liberty seem to have a moderately causal relationship when we look at the Basques in Spain, Kurds, Chechens and other mountain communities that seem to be able to magically evade central control.

James Scott wrote an interesting book on this very subject in The Art of Not Being Governed: An Anarchist History of Upland Southeast Asia; an able survey but a different book in the hands of an academic like Murray Rothbard.  Very few academics have the intellectual frameworks to even visualize a stateless world much less bear the brunt of criticism and ostracism they would suffer in the cloistered university community where collectivism is a religious pretext in all conversation.

The US central government may well be the most powerful unitary government in the history of man, even the Chinese governments throughout the centuries never had the totality of control and obeisance to a police state that the US government commands domestically and abroad. So it seems like a natural and likely response to all world affairs through its foreign policy that the advocacy of strong central government goes without saying.  Despite mountains of evidence to the contrary as far as liberty, justice and efficacy, it can behave no differently;  like asking a lion to become an herbivore through choice or a cop not to abuse authority.  It simply does not work that way.

And as we have seen in all imperial adventures, whatever the empire practices abroad, it will come home to roost.  Why are drone aircraft and biometrics identification systems being championed by the US government at home? Why is there an emerging and comprehensive full impact surveillance of all human transactions on American soil subject to police scrutiny and the “legal” system?  This does not simply appear out of thin air or yet another “national security” state knee-jerk reaction to the latest threat.  Government supremacists cannot think outside of the hermetically sealed box they think in.  Their moral imaginations are stunted to such a grotesque degree that all human freedom of any kind is always suspect and subject to regulatory control or outright prohibition.  Look at the breath-taking hubris of Comrade Bloomberg in New York City limiting the size of drinks or the signing of an open carry gun law in Oklahoma that requires a license to do so which infers police inspection of your papers.  When it comes to freedom and liberty, government supremacists are the flat-earth advocates of today much like wearing a fashionable T-Shirt that reads Stop Plate Tectonics…Now!.

Acton said that “power corrupts” and Buppert’s corollary to Acton’s axiom is that power attracts the corruptible and absolute power attracts even worse.  These are the professional politicians and their bureaucratic familiars that run the cogs and wheels of the state.  They cannot think outside a box of absolute power and control through violence of everything and everyone around them.  It is all they envision thence the exports of the only thing they know.  Death does not ride a pale horse, it arrives dressed in the platitudes of government politicians and commissars who are single minded in their mission and focused on a simple, and for them, plausible goal: total obedience from all they survey and command.

For a country that prides itself as a beacon for liberty, it has evolved into Patient Zero spreading the contagion of big government planet-wide and blackening freedom and liberty wherever it makes contact. 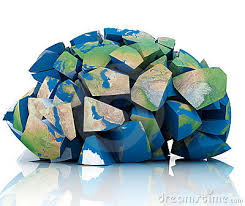 “We pay too little attention to the reserve power of the people to take care of themselves. We are too solicitous for government intervention, on the theory, first, that the people themselves are helpless, and second, that the government has superior capacity for action. Often times both of these conclusions are wrong.”