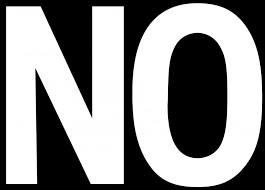 There is the only one true sign of freedom once all is said and done.  You can live in a geographical location or tax jurisdiction (fondly called countries) and you are subject to no law except what you agree to so long as you may opt-out as you wish; that simple, your compliance is not mandatory except where your behavior is initiated aggression through force or fraud.

So where exactly is this country?  It does not exist outside the kingdom of conscience.

Strip away all the notions of Constitutional protection, action in the courts to beat back bad laws and all the rest of the distractions and misdirection the government places in your cognitive path and you are left with one stark reality:  your refusal.

Want to solve the Socialist Security benefit disaster looming on the horizon as a demographic non-funded tidal wave of fiscal despair?  The accompanying Medicare/Obamacare fiscal mayhem?  The insufficient funding at all levels to meet government employee retirement benefits in the coming years?  Recognize the basic human imperative to refuse to comply.

This isn’t simply about money; it is about the freedom to choose.  This goes far beyond the book by Milton Friedman; he limited his choices within a government framework.  This extends to every aspect of our lives whether it is consumption of raw milk, undercooked hamburgers or the ingestion of non-government approved home-grown meat and vegetables.  Everything I have just mentioned comes with a penalty, ultimately, of death for the non-compliant in American society.  When the SWAT thugs raid the raw milk warehouse, your refusal to bow and scrape before the “thin black and blue line” may lead to your demise.  Ironically, their desire to get off the government teat, as it were, when it came to dairy consumption crossed the line when the regulatory functions were given the middle finger. I won’t belabor the point that cops are the number one danger to human freedom around the globe and I have covered that in detail before.  I use that to illustrate the point that American freedom is illusory and non-existent.  It is only tolerated as long as the cattle pay the rulers, comply with the Praetorians and don’t stray off the regulatory reservation…ever.

It strikes at the heart of what freedom actually is.  At its most basic and stripped down level, it is elegantly and brutally unsophisticated; freedom and liberty is the imperative be left alone and not forced to comply with anything you don’t consent to.  Are there negative consequences and sad outcomes as folks choose to do stupid and counter-productive endeavors?  Absolutely.  Freedom is messy and perilous and on occasion, lethal.  Most of my neighbors and acquaintances therefore insist that people with the power to fine, kidnap, cage, maim and kill be empowered to protect us from our stupidity and imprudent decisions.  Most of my neighbors think of their own neighbors as their property, otherwise, who in their right mind would consider the institutionalization of force imposed through administrative fiat or majoritorian tyranny?

This has led to the prison planet we now inhabit and the abridgement of the one true notion of self-ownership that no man should be able to impose.  Whether it is the nefarious machinations of the local Home Owners Association (HOA) as they employ the state as a violent proxy to keep the grass trimmed or the thoroughly evil complex of imperial extermination of brown people around the planet that disguises itself as foreign policy in DC, we live in a world made wrong by compliance.

This is not about the black-clad property-destroying adolescents who soil the name of anarchy or the Occupy Wall Street Marxoid cretins whose idea of freedom is a larger global police state.  This is not about the Tea Party that requests permission to put tea bags in the Mirror Pool in DC.  None of these folks are interested in the ability to opt out of government compliance.  They are all wholly owned subsidiaries of the government compliance complex, they wish nothing more than a nod from the rulers to practice their kind of obedience and craven submission and impose it on every human within striking distance.

If we distilled the essence of freedom down to one singular and crucial element, it is no more than the right of refusal.

“What is peculiar in the life of a man consists not in his obedience, but his opposition, to his instincts. In one direction or another he strives to live a supernatural life.”

Publisher’s Note:  Kaiser provided a link to a science fiction short story that illustrates the virtues of this essay: https://www.abelard.org/e-f-russell.php

8 thoughts on “Free To Choose: Refusal is the Ultimate Liberty by Bill Buppert”