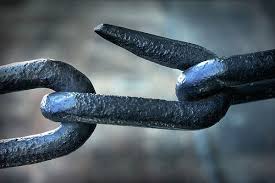 “It is error alone which needs the support of government. Truth can stand by itself.”

Whenever speaking of free and voluntary societies I’m often asked, “What would we do about this”, or, “who would take care of that.”  I used to rattle off answers to these questions that were supplied by minds sharper than mine without even examining the questions. Then I realized I was focusing on the wrong part of the question. I was simply explaining how a different system would work, and hoping the ones asking the question would be won over with the clever and well thought out answers I had either memorized, or thought of myself. I have been trying to persuade people away from their system using the promise of a new and improved system. I realized I was no different than any other philosophical political peddler, and I would no longer tempt people with “our system.”

The truth is no one knows what “we” will do in a completely voluntary society, there is just no way of knowing. Any answer that is given to questions pertaining to the problems that individuals would face in such a society are purely speculation. I cannot tell you what we would do, I can only tell you what I would do. I would honor my contracts; I would defend myself; I would choose to help others in need; I would expect no one to support me; and I would plan accordingly. I want to be very clear here, I do not disagree with the theory that is being presented on how the logistics of society would be handled. There is no doubt that these organizations and such would arise and be needed in a voluntary society. I disagree with the fact that these theories are being pushed as answers before addressing the only real and true problem; collectivist thought. When those who are curious about voluntarism ask the “we” questions, the underlying collectivist philosophy is still there, and this is what needs to be addressed first before any practical questions can or should be answered. Otherwise, you are just trying to get them to abandon their system for your system.

I’ll admit that getting people to see the gun in the room is a very important and crucial step when trying to win them over, but that is not enough. In my experience, after I have been successful at pointing out the systematized coercion, and institutionalized violence in the current system, the conversation always turns to how we would deal with the practical issues. This is where I would start to explain how we would handle these things, but lately I have been pointing out the “we” in the room. In a revolution of the individual, “we” questions should not be answered. Put the ball back in their court. Ask them what they would do. When human interaction is purely voluntary, there can be no system.  It is important to let the ones asking the questions find their own solutions, or what they think might be solutions. I have at 32 years old, accepted that I am probably as free now as I will ever be. I know there is one crucial step that has to be taken before humans are physically free, and that step is to be mentally free. If it will be their decision in a voluntary society, it must be their decision now. I must say, watching my fellow humans squirm when asked to think like a free people is a little disheartening. There is a long road ahead, my only hope is that my children will  be the pioneers of this new society.

I have been able to uncover a couple of fears that hold the human mind back from being able to grasp and accept the idea of a free society. One big issue is justice. Again, it comes back to, “what will we do about the criminals?” This is where I say, “I don’t know.” I have my ideas, but they are mine. I don’t know what neighbors will do when an intruder breaks into their houses, I don’t know what the family will do to the rapist who is caught. I don’t know what will happen to the murderer. This is usually where I start to lose those who I have been able to entertain this far into the conversation, you know, the ones who have not walked off and called me insane yet. Humans will know when a crime has been committed regardless of what society they live in. The American Justice system has set objective standards such as; murder is wrong; rape is wrong; and theft is wrong. These standards were not set by the government, they were set by the human mind. We are able to recognize wrong doings; entering into a free society will not change this. Just as punishments are subjective now, they will also be subjective in a free society. The map does not match the territory, and that is fine. This is part of the human experience, and it’s the reason why we have judges and juries now.

The fear of criminals is still rooted in collectivist thought. The fear of the other guy, makes us turn to the other guy. How many criminals are really out there? I’d say about 1% of the human population are actually psychopaths, and capable of real horror. Does this mean we should create an incubator for more psychopaths known as the state? We make more criminals out of our fear of criminals. Fear makes humans do very unreasonable things like give psychopaths a place to be pardoned of all responsibility for their actions. The fact is, bad people will continue to do bad things regardless of the society we choose to live in. They will still have to be dealt with, and I have no doubt they will be. Good humans will not sit idly by and watch as crimes are committed against their neighbors. This will especially be true when there is no state agency claiming to protect us. We will have to take our safety a little more seriously, and personally. Of course that should be the focus now, but the state has either outlawed your personal protection, or removed it from your decision all together. Either way both are false. To my way of thinking, we pull some ticks off of this dog and keep hunting. We will deal with the blood suckers as they come, it’s really all we can do.

In closing, freedom has no system, and it never will. Billions of humans making trillions of decisions could never be harnessed or thoroughly theorized by even the most brilliant voluntaryist thinkers or free market economists. I try not to use the term, “free market system” anymore, because humans trading goods and services is not a system, it’s what humans do. I have abandoned the use of the word “system” completely. Of course, some of the more logical folks out there might say that having no system is a system. Well, for those of you who would say that and discard this whole essay, I would ask you this….

“Freedom, morality, and the human dignity of the individual consists precisely in this; that he does good not because he is forced to do so, but because he freely conceives it, wants it, and loves it.”

24 thoughts on “Freedom Has No System by Chris Dates”