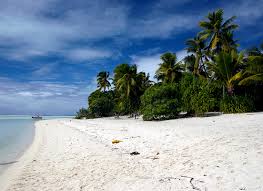 They say “no man is an island”, and that we all need other people for support.  Especially when things go wrong.  Sometimes it helps to have the right kind of support.

Several years ago I woke up in a really bad situation.  Through bad choices, and bad people seeking to harm me, I one day found myself in the position that my wife was telling me to get out of my house within 24 hours.  She was moving her boyfriend in, and he intended to beat me up if I was still at the house when he arrived.

I was living 1500 miles from the nearest family member, having moved across the country at the urging of my wife.  I did have some local friends, but most of them were not in a position to do too much to help, and I hesitated getting them involved since I felt it would show them what an idiot I had been.  They had rescued me from my wife once before on short notice (that time she had actually called someone and told them to come get me or she would kill me) and I was embarrassed that I was in trouble again and that the situation was even worse this time.

At the time I was just trying to avoid having to shoot anyone.  Seriously, I didn’t want to be forced into killing anyone in self-defense- especially when I knew the confrontation was coming.  It has always been my intention to get out of the way of violence when I can.  However, I had no intention of walking away from all my possessions and letting my wife and her new boyfriend have them.  She had already pretty much cleaned me out by buying the house with my money and then refusing to put my name on it.  I had asked her for some time- a week or so- to find a place and get out.  She laughed and said I had better be gone by the next night.  Then she left to drive a few hundred miles to pick up this guy she had met online.

So, I scrambled and put a key lock on my bedroom door, hid any valuables that I could, and did something really stupid: I got a “protection from abuse” order from the local court.  I should have known better (actually, I did know better, but I panicked) and it didn’t turn out well.  Even the local cop I knew told me it was a stupid thing to do- as soon as he found out I had done it.  I was also warned, by the sheriff, that “every woman” who had a “protection order” filed against her will turn around and “cross file” in retaliation- and she did.  This resulted in the sheriff showing up at the house demanding all my weapons- right at the time I needed them most.  I even pointed this ironic fact out to him, but he said “it is The Law”.  Use your imagination to decide whether he got them all or not.  All in all, the protection order did keep my wife and her boyfriend away from me while I found a place to live, but things could have been handled better, and with fewer entanglements and ongoing problems, had other options been readily available on short notice.  Plus, the boyfriend turned out to be so afraid of me I doubt he would have done anything.

I was living with someone I had discovered to be a liar who was out to hurt me and anyone I cared about.  I fled with nowhere to flee to and with almost no money.  I slept in my car and in the woods.  I showered at friends’ houses when I could, and ate what I could find.  The person I fled from harassed my friends and my family, relentlessly trying to track me down and get everyone to pressure me to go back to her.  Finally, under pressure and with no good options, I gave up and went back.  Defeated and broken, with my family thinking the worst of me due to some very detailed and graphic lies (along with forged documentation).

I’m still dealing with the consequences of both of these messes.

Unfortunate Truth #1 is “People are idiots” and no one exemplifies this truth better than me.  However, no one who is being abused should have to face that alone, idiot or not.

How would things have turned out in those situations had there been a way I could have called for backup?  Would I have even gotten into the second situation had the first turned out better?  What if there had been people I could call for legal advice and help as well as physical assistance when I so desperately needed it?

I’ll never know what would have happened back then, but there is a way to make sure you have access to that kind of back up from now on.

Personal stupidity isn’t the only bad thing that can happen in today’s messed up world.  Simply standing up for what is right- for life, liberty, property, and the pursuit of happiness- can put you in the position of needing specialized help ASAP.

Think about it: How much more bold would you be in “living your liberty” if you knew someone had your back in case of a run-in with The State?  Would you say “No” to agents of The State more readily?  Would you be more willing to stand up for what is right?

When activists like Pete Eyre and Ademo Freeman strike out on one of their road trips to spread the word about liberty they seem to always run into enforcers or other pro-State extremists who are frothing at the mouth in anticipation of making an example of them for not “properly” kowtowing to the “authority” of the badge or the robe.  Fortunately each time this happens people know about it immediately and are able to at least keep an eye on the situation to make sure no abuses can go unnoticed.

But what happens if some power-drunk enforcer corners YOU late one night far from family and friends?

Few of us are well-known liberty activists who have networks of people ready to lend a hand if needed.  In all probability if you or I had a run-in with what passes for “The Law” in these Police States of America, no one but our family would know about it until the crisis had passed and we were able to tweet our adventure to the world.  What if you had a way around that?  Well, you do.

Individual Sovereign University has created the Sovereign Mutual Aid Rescue Team project: SMART (or the “University Association” as it is officially known).  It is a subscription service that can help with raising bail and various other unpleasant but necessary defensive measures.  And that isn’t all they offer if you join the association.  Visit their site (https://indsovu.com/) and also read this list of planned services- https://www.ncc-1776.org/tle2011/tle628-20110717-05.html

By way of disclosure, it is possible I may get paid for writing about this, but I refuse to buy into the common statist delusion that there is something dirty about making money.  Paid or not, I’d write this anyway.  As painful as the personal disclosure has been, I want you to avoid the mistakes I have made and I want you to have a plan, and be SMART, when things do go wrong.

4 thoughts on “No Man an Island by Kent McManigal”