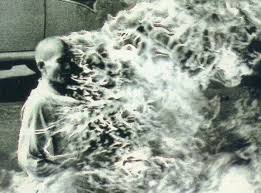 Tom Ball died on 16 June 2011 by his own hand in front of a courthouse in New Hampshire.  Like the gentleman who crashed a plane into an IRS building last year, his self-immolation was a message to America.  When you take everything from a man, he may become the most dangerous man around because he has nothing to lose.  His travails in the Federal and State child-legal-industrial complex is emblematic of the callous and imperious disregard for liberty exhibited by every agency in existence.  The IRS and Mr. Ball’s particular target of ire are merely examples of a runaway system that treats people like cattle and grinds them into a somnambulant zombie population that shambles to work and surrenders nearly 60% of the proceeds to one government entity or another along with compliance to a mountain of regulations impossible to comprehend.  This is a harbinger of things to come.They have yet to release the video footage of his demise. Tom Ball left the following testimonial after his unseemly death.

Notes in the Margin: Posting has been somewhat marginal lately because most of the writers and staff of Zero Gov have been contending with the massive Monument Fire in southern AZ.  None of us have lost homes but we did get the opportunity to practice what we preach and host evacuees in our homes and horses in our paddocks as guests of the spontaneous order of helping neighbors and friends without resorting to violence. That fire appears to be near containment now and we will get back to work.

A man walks up to the main door of the Keene N.H. County Courthouse, douses himself with gasoline and lights a match. And everyone wants to know why.

Apparently the old general was right. Death is not the worst of evil.

I am due in court the end of the month. The ex-wife lawyer wants me jailed for back child support. The amount ranges from $2,200. to $3,000. depending on who you ask. Not big money after being separated over ten years and unemployed for the last two. But I do owe it. If I show up for court without the money and the lawyer say jail, then the judge will have the bailiff take me into custody. There really are no surprises on how the system works once you know how it actually works. And it does not work anything like they taught you in high school history or civics class.

I could have made a phone call or two and borrowed the money. But I am done being bullied for being a man. I cannot believe these people in Washington are so stupid to think they can govern Americans with an iron fist. Twenty-five years ago, the federal government declared war on men. It is time now to see how committed they are to their cause. It is time, boys, to give them a taste of war.

There are two kinds of bureaucrats you need to know; the ones that say and the ones that do. The bridge between them is something I call The Second Set of Books. I have some figures of the success of their labors. You and I are in these numbers, as well as our spouses and children. But first let me tell you how I ended up in this rabbit hole.

My story starts with the infamous slapping incident of April 2001. While putting my four year old daughter to bed, she began licking my hand. After giving her three verbal warnings I slapped her. She got a cut lip. My wife asked me to leave to calm things down.

When I returned hours later, my wife said the police were by and said I could not stay there that night. The next day the police came by my work and arrested me, booked me, and then returned me to work. Later on Peter, the parts manager, asked me if I and the old lady would be able to work this out. I told him no. I could not figure out why she had called the police. And bail condition prevented me from asking her. So I no longer trusted her judgment.

After six months of me not lifting a finger to save this marriage, she filed for divorce. Almost two years after the incident, I was talking with her on the phone. She told me that night she had called a mental health provider we had for one of the kids. Wendy, the counselor told my then wife that if she did not call the police on me, then she too would be arrested.

Suddenly, everything made sense. She is the type that believes that people in authority actually know what they are talking about. If both she and I were arrested, what would happen to our three children, ages 7,4 and 1? They would end up in State custody. So my wife called the police on her husband to protect the children. And who was she protecting the kids from? Not her husband, the father of these children. She was protecting them from the State of New Hampshire.

This country is run by idiots.

The police sergeant Freyer screwed this up from the get go. When I got the Court Complaint from the box was checked that said Domestic Violence Related. I could not believe that slapping your child was domestic violence. So I looked up the law. Minor custodial children are exempted. Apparently, 93% of American parents still spank, slap or pinch their children. To this day I still wonder if Freyer would have made this arrest if it had been the mother that had slapped the child.

“Instead of a bumbling and inefficient tool of society, the radical [libertarian] sees the State itself, in its very nature, as coercive, exploitative, parasitic, and hence profoundly antisocial. The State is, and always has been, the great single enemy of the human race, its liberty, happiness, and progress.”
— Murray N. Rothbard, Reason [March 1974] 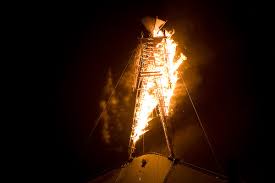 5 thoughts on “Mr. Ball Goes to Court: A Harbinger of Things to Come”