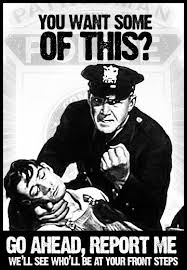 19 thoughts on “Copsuckers, Mobsters and You the Citizen by Kent McManigal”