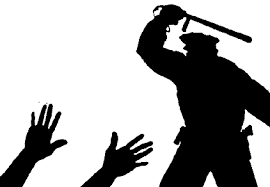 “And how we burned in the camps later, thinking: What would things have been like if every Security operative, when he went out at night to make an arrest, had been uncertain whether he would return alive and had to say good-bye to his family? Or if, during periods of mass arrests, as for example in Leningrad, when they arrested a quarter of the entire city, people had not simply sat there in their lairs, paling with terror at every bang of the downstairs door and at every step on the staircase, but had understood they had nothing left to lose and had boldly set up in the downstairs hall an ambush of half a dozen people with axes, hammers, pokers, or whatever else was at hand? . . .”

There is no larger tangible threat to liberty and freedom than police.  During the “Arab spring” around the world this year and last, the dictators and rulers always sent their police and security forces after protesters and citizens alike to “restore order” which is a nice way to say retighten the cuffs and fetters in the feedlot.  People often talk of the political threat to freedom and liberty as the sin qua non of the entire fetid system of government.  The usual suspects gripe about the absence of responsible statesmen and politicians.  Much like limited government, these people have not and will never exist but the police forces are the “law enforcers”.  They are the water carriers and virus transmitters for the government meme that has enslaved and maimed and killed millions in the last few centuries.  The police at every level from local to state to federal fulfill one primary goal – to threaten, fine, cage, maim and kill free citizens.

A quick aside:  Malum in se laws are the acknowledged evil of initiated aggression against person or property such as rape, murder or theft.   Malum prohibitum are the majority of laws in tax jurisdictions (nation-states) around the world.  These are characterized by the War on Drugs, tax compliance and a myriad of other forms of armed robbery and abuse the government has institutionalized.  The lion’s share of what cops do support the latter and very little of the former.  By its very nature, police forces don’t prevent crime and for the most part are historians who arrive at the scene of a crime after the fact.  Police forces in these united States serve two primary functions: first, assessment of fines for non-crimes like speeding and drunk driving to increase revenue to the state above and beyond the dozens of taxes imposed on the citizens and second, the snaring and capture of subjects who have violated one of the hundreds of thousands of laws and regulations that darken the American dream every day.  The increased militarization of police forces, the self-selected bullying archetype attracted to the job and the propagandized cop fetishisms that are vomited out of the government-media-education complex on an hourly and daily basis make for a wicked brew of brutality, sadism and a systematized revulsion of individual rights. All police and “justice system” functions will only be effective if divorced from the government and privatized.  Which brings us to officer safety.

This is the notion that in any police encounter in America, the citizen’s rights are always subservient to that of the cop.  As a matter of fact, the citizen’s life is of less value in the court system and the cops will overwhelmingly be vindicated by the state apparatus and the robed government employee in the courtroom.  The courtroom is that special place in America where the only private citizen other than the defendant may be his attorney if he hired one; otherwise, it is an isolated cocoon of idolatry to the state where the worship of government power is at its most pure.  It is the junction of force and self-satisfied sanctimonious self-congratulation on keeping civilization intact.  That is the story-book version when in reality it is the kingpin of the barbarism and unbridled savagery of the government.  The sanctified hall where “justice” is meted out to the unlucky five million plus (jailed, on probation and parole) presently ensnared in the prison-industrial complex the government is so proud of. 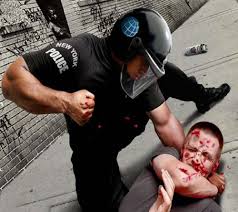 Officer safety is not only the mantra of the police but all their cheerleaders in the government education system and the media.  How many old ladies and gentlemen, pregnant women and children do we have to see brutalized to finally come to our senses and see the crimes committed for what they are?  How many times have we heard the cop say he felt threatened?  How many times has the wonderful technology of cameras shown that cops lie a lot?  Those of you who have had the misfortune of being pulled over for a revenue violation on the highway see that the cops are quite literally dressed to kill yet are in one of the safest professions in the country.  Fisherman and loggers are far more likely to die on the job than cops and a significant number of cops die in high-speed pursuits along with the people they kill during the chases.  So the noises about the dangers of the job are highly overrated.  There have been many explanations for why cops can literally get away with murder.  Search the ‘net and watch the thousands of videos of police mistreatment and brutality visited on citizens every day.  For every cop behind bars, thousands roam the streets with impunity despite documented records of brutality.  Even in England.

The keenest explanation is none of the above.  The reason they get away with the wonton and rampant misbehavior and brutality is that without them the government would collapse.  Every institutional bias in the state speaks to the protection and coddling of the Praetorian Guard that keeps them afloat.  Without the violent armed men in official costumes, no one would comply with the manifest and malicious foolishness of government interferences in their lives on a daily basis.  If it weren’t for cops and tax collectors, America and, for that part, the world would be free.  The Thin Blue Line is actually the Thin Red Line, the demonstration project that all objection and resistance to government occupation and force will be met with extreme violence and mayhem.  The Red Line also signifying the Keepers of the Collectivist Flame maintaining the sacred order of government force and coercion.  This is why the police are insured the sacred protection that allows them to maim and kill if they “feel” threatened and get away with it.

Officer safety is the reminder that government officials are more equal than others.  All professions come with risks but the police are a special case because without their warrant for the use and initiation of force against others, our government and governments around the world would collapse because citizens would be able to ignore malum prohibitum laws with impunity.  Civil disobedience would have a real effect and non-compliance, a peaceful endeavor, could not be stopped with bloody violence.

Every time that armed state official walks up to your car in pursuit of raising revenue for his masters, he is poised to maim and kill you if he wishes.  Whether using the trumped up charges of  “a furtive movement” or “resisting arrest”, the departments will find a way to keep their costumed & armed tax-eaters protected.  They will be back on the streets to terrorize and cow more citizens into submission.  That is their charter. The apprehension and detention of real criminals (malum in se) is but a small part of the enterprise.

To protect and serve, indeed – the government. 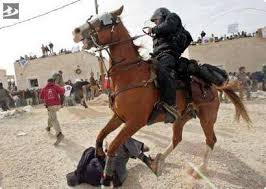 “I believe that liberty is the only genuinely valuable thing that men have invented, at least in the field of government, in a thousand years. I believe that it is better to be free than to be not free, even when the former is dangerous and the latter safe. I believe that the finest qualities of man can flourish only in free air — that progress made under the shadow of the policeman’s club is false progress, and of no permanent value. I believe that any man who takes the liberty of another into his keeping is bound to become a tyrant, and that any man who yields up his liberty, in however slight the measure, is bound to become a slave.”