“Government is the great fiction, through which everybody endeavors to live at the expense of everybody else.” 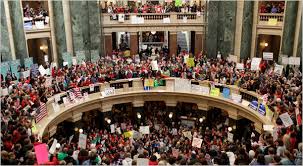 So it begins.  The government parasite classes subservient to the political looters in Madison, WI are up in arms because the governor is threatening to make them actually pay for their pensions and benefits.  What has the government workers in lather?  He is trying to take away their socialist collective bargaining rights and wait for it…asking them to pay for part of their pensions and 12.6% of their health care costs.  Egads, a stake in their benefits?  What the unions really need is a stake in their black heart so they can stop exsanguinating their families, friends and neighbors.

California is already providing a warning to others but the economic illiterates that make up the hordes of cast members from the epic film Idiocracy known as government school teachers won’t pay attention.  They are much too busy working very few hours for too much money nine months a year turning the nation’s children into subservient nincompoops incapable of thinking or fending for themselves.

Wisconsin is the canary in the coal mine because this is simply another crack in the edifice.  The wall is going to come tumbling down and tens of thousands of government “workers” are going to get crushed by job loss and worse.

Let’s get this straight, Walker is not firing all of them, which he should do; after all, what better way to take care of budget issues than cashiering the whole lot of government school, police and fire dregs?  Then he could reduce the entire budget appropriately to zero and be done with it.  He can turn out the lights on the state criminal conspiracy called government and illuminate a shining example for the rest of the captive nations laboring under the rotting hand of the central government in DC.

So the wholesale elimination of government schooling will lead to tens of thousands of uneducated youngsters?  What do we have now under the government education system?  A nation of budding inventors and entrepreneurs?  No, these aspirations are universally condemned in government schools.  What you have are shambling mall lampreys tied umbilically to their various electronic devices all of their waking hours having the quality of life only the dead would envy.  The mind laundries the teachers victimize their caged youth in are rather elaborate Marxoid reeducation camps teaching the young acolytes to worship government supremacism, narc on their colleagues and parents and respond instantly and obediently to the droning bells that punctuate their vapid walks through the hallways to the next politically correct dullard whose claim to fame is a teaching degree which has the same utility as a getting a certification in paranormal studies or other such anti-intellectual witchcraft.  Teachers are just as culpable in creating the horrific system of killing self-learning at every turn and making critical thought a crime.  Yes, there is plenty of administrative bloat as evidenced by every function and level of government but the teachers are not innocent victims and cogs in a vicious machine; they are active agents who seek not to educate but to do what they are told in the least time possible.  Whether it is the constant and incessant bleating worship of government in history, the craven idolatry of political correctness or the mass drugging of boys institutionally in the system, teacher are the concentration camp guards and workers who move the system in the evil direction it has taken for over a hundred years.

Want to solve the problem?  Get the government out of education at ALL levels.  Scorched earth and no government teacher left with a government salary – anywhere. 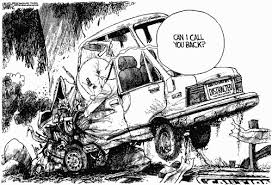 After school, they will then hook up to some electronic drug in their conveyance to the next stop on their journey against reflection and contemplation.  If they are unlucky, the costumed thugs employed by the government may stop them for speeding or for driving while a skin color they should not be.  This could lead to fining, jailing, maiming or killing depending on the mood of the armed tax parasite.  A grief will reverberate throughout the entire family of the [most likely wrongly] accused as the captured subject is dragged through the horrors of a criminal injustice system whose sole function is to determine who gets added to the five million Americans in jail, on parole or on probation in the land of the free. 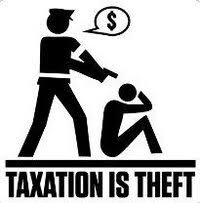 Just remember that in the fantastical system of government, taxes, debt and borrowing that the entire apparatus is built on one very simple principle:  armed robbery.  Now the government frowns on the privatization of such behavior but the entire rotten and ineffective edifice of the state is quite simply a “gun-run” culture.  Establish a monopoly of violence and maim or kill anyone who refuses to comply with the law of the land imposed by rulers whose psychopathy is unmatched even among the most barbarous serial killers.

So, in essence, unlike the protesters rocking the Arab world right now, all those protesters in the streets of Madison are no different than the ossified elderly Russians miffed at freedom and getting nostalgic for the “good old days” under Stalin and the Soviet Union.  The USSR was a failed but premiere example of a gun-run state but it ran aground on the shoals of its own epic monumental economic stupidity:  government knows best and the individual could not manage their own life…ever.  This is the twisted Marxian vision unacknowledged among the teachers protesting in Madison.   But then again, most teachers are so intellectually vapid and fettered to every political correctness in vogue that they think global warming is real and money comes from trees.

I hope the teachers get their way and continue their free ride because it will eliminate their jobs that much quicker and possibly usher in a whole new era where being a  government school teacher is not a badge of honor but a mark of shame.  Fire them all…