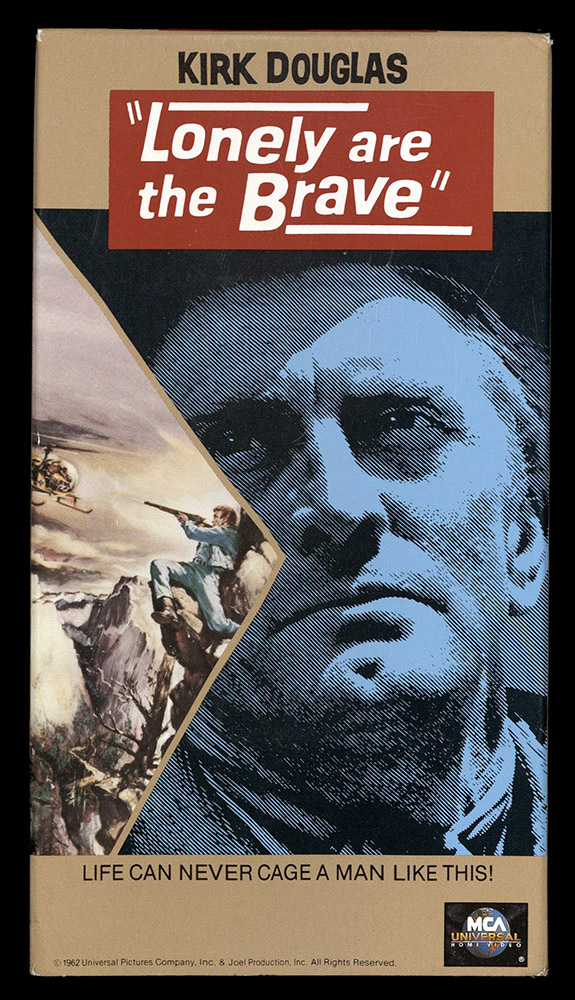 “In keeping silent about evil, in burying it so deep within us that no sign of it appears on the surface, we are implanting it, and it will rise up a thousand fold in the future. When we neither punish nor reproach evildoers, we are not simply protecting their trivial old age, we are thereby ripping the foundations of justice from beneath new generations.”

Robert LaVoy Finucum is dead, gunned down in the winter snows of Oregon. Max Alexander and and Hognose at WeaponsMan have provided the best early commentary yet on the shooting. Finicum unceremoniously joins an impressive corpse-pile sponsored by the law enforcement complex in the US. The FBI Orcs were kind enough to release a snuff film apparently showing his murder from a hovering aircraft.

I leave it to other observers to examine the actual shooting footage and arrive at their own conclusions.

All of this may be the whimpering dénouement to the ill-planned stand-off with the Feds at the allegedly Federal Malheur Wildlife Refuge created in 1908 by the progressive Teddy Roosevelt to protect bird plumage from being filched by hunters to provide for the men’s and women’s hat industry in turn of the century America. Not a big concern right now.

The Feds, of course, never left as is their wont. Whether one reads the real history or watches the new crop of media such as Hell on Wheels which captured the bloodthirsty nature of all government in its outstanding fourth season. I would also recommend a viewing of my favorite Kirk Douglas movie, Lonely Are the Brave; penned by that curmudgeonly anarchist, Ed Abbey. As an aside most mid-century cinematic Westerns tend to be collectivist wet dreams that lionize the government and the gun.

I’ve got no dog in the fight with ranchers; most Western ranchers (family owned and corporate) tend to get astounding below-market grazing leases that the rest of the booboise subsidizes for their cattle ranching operations.

I’m sympathetic to their dissatisfaction with the disproportionate monopoly on Federal and state land in the Western US. As with everything, the government soils and dishonors whatever it touches and the casualties in the West are no different. A number of observers have started After Action Reviews on the activities of these dissident ranchers who took armed possession of empty government buildings. Good on them. There is much to be captured and learned from this experience for the festivities to come as the nation continues its unraveling during the coming Endarkenment.

Scribble away but the preeminent observation is nothing new: the government will stop at nothing to include maiming and killing to maintain its stranglehold on the monopoly of initiated violence in the US and continue to wage a campaign on private defensive violence against their predations. The disparate “law enforcement” mechanisms from the Feds to the local Orcs will do what they are told to fulfill the political mission they are assigned.

All law enforcement is simply the bloody end of the spear of all politics. It ain’t much simpler than that. When that police vehicle has pulled over a driver because the speedometer in the offender’s car didn’t match the government signage, the cops are pursuing revenue and always trying to expand the search for more lucrative offenses that ironically may put the cash cow in a cage where it can no longer produce any loot to be stolen by the legal system.

One hears all the noise from the usual suspects in the media mewling about evil Mexican cartels in the illegal vegetation market and all of the necessary surrendering of rights and freedoms to ensure the safety of the subject Helots. Even worse as the inevitable blow-back from the American planetary imperial enterprise boomerangs back on an unsuspecting population.  One can’t help but think there is a cosmic smile on the face of the government mandarins as they titter at the inefficient and “barbaric” (if not primitive) means the cartels employ to get their slice of the good life.

The only difference between the criminal cartels and the government north and south of the border is the flags and awful music that attend the organized crime in DC and Mexico City.

So back to MWR and the recent murder of the 56-year old rancher by the Feds. The video has caused much consternation and he said/she said as far as did he grab a gun or didn’t he. Who knows? I tend to always believe the opposite of law enforcement reports because the coproaches have a vested interest in spinning the narrative in a fashion that cements their “fear for their lives” and other such boilerplate that paints so few minutes of their fear-filled lives.

How do you know a coproach is lying? Their mandibles are moving.

I want you to draw two distinct and unassailable lessons from the latest tragedy regardless of the poor quality of the video footage or the varying reports from whatever quarter. Hell, the whole sordid enterprise cements two existential lessons bloody in tooth and claw.

First, despite the fearsome noise and chest-thumping by any gun-owner in America and all the bloviating of the most heavily armed nation on Earth (accuracy be damned), the USA is a turnkey totalitarianism enterprise that has seen more and more freedom exsanguinated from its corpus than the last fifty years of the tottering and decaying USSR. Possibly never in the history of humanity has such heavily armed men ceded so much of their freedom willingly. I have the greatest certitude that legal compliance with weapons laws will be done by the majority of all weapons owners. Vast simpering compliance. Indeed, a large simpering acquiescence that will include ratting out the outliers by the Fudds and NRA fanboys.

The Second Amendment is an empty promise gutted by the 1934 National Firearms Act (NRA supported), the 1938 Federal Firearms Act, the 1968 Gun Control Act, the 1986 Firearms Owners Protection Act and all the attendant nonsense to follow like NICS, the Assault Weapons Ban (more accurately a cosmetically offensive weapons ban) approved by both Busheviks and the Clintons. These are simply the highlights of a long and sordid weapons prohibition regime that any dictator would be fond of. In essence, the Supremes delivered another love letter to weapons prohibition with the “dangerous and unusual” nonsense in the DC v. Heller decision.

I used this lengthy preamble to illustrate a simple but salient point: the government doesn’t give a shit about your gun “rights” and they consider any man with a gun in his hand when confronted by their million plus occupation army in the guise of the police to be a dead man walking. No questions asked by the thousands plus reported corpses in 2015 attend to this willingness to murder anyone with a weapon in hand (or no weapon). The cop who guns down a civilian whether justified or not stands a greater chance of being struck down by lightning than suffering the slightest rebuke for killing a Helot.

Finicum may have had a gun and that was enough for the cops to start shooting him; and get away with it.

If you grok anything, let that last sentence sink in.

That is the simple point I want to drive home. Despite the widespread ownership of guns in the US and actual persistent wearing of them by civilians in the Inland West, your bodily proximity to a gun is de facto and de jure justification for your maiming or death at the hands of the political constabulary. A finer point; all statist police are by their charter and nature, armed political organs. The Cheka and the Stasi are mere shadows compared to the license to kill granted all government cops in America. As Jeremy Grantham avers: “The fall of moral civilization has always been brought about by those who were “just doing their jobs”.

But then again like the fantastically silly notion of implied consent and absent the armed law enforcement mechanism, how can any government harm a single civilian or deprive them of their liberty?

Dale Carpenter claimed in Flagrant Conduct: The Story of Lawrence v. Texas: “If citizens cannot trust that laws will be enforced in an evenhanded and honest fashion, they cannot be said to live under the rule of law. Instead, they live under the rule of men corrupted by the law.” As most who read this site know, I happen to think the rule of law is an illusion at best and impossible at worst. So the situation is even more capricious and dire than Carpenter observes.

The second point riffs off the first. Armed government employees opened fire on a stopped vehicle after murdering Finicum when they had knowledge that other people were in the car to include women which Finicum had been trying to communicate to his killers as he exited the truck. Allegedly 100-120 rounds were fired at the vehicle before someone ceased fire and approached the truck.

Those who doubt this walk the dog. The FBI release aerial video footage (the aforementioned snuff film) that tracked (UAV or helicopter, who knows) the vehicle which one would assume had a starting point for the journey in which the FBI assayed a passenger manifest for who got in the vehicle.

A familiar playbook to those who observed the festivities at the Waco compound when government agents disposed of positive identification in laying down fire to a compound that they knew had women and children in addition to many other male non-combatants. They fired through walls with zero target identification.

Fast forward to Oregon. This was cold-blooded murder and the legendary lack of marksmanship skills on the part of American police may be the sole reason the passengers suffered no harm (unknown at this time) of death. This is also very demonstrative evidence that whatever an empire does abroad, it all comes home. There is certainly military TTP to this entire operation borrowed from the abortive COIN playbook that has sundered so many occupied countries overseas. It is all coming home: the biometrics, the robot aircraft, the militarization, the Close Quarters Battle clown posses, on and on.

So the Oregon escapade provides a grand harbinger of the future of how the American government and its armed minions will handle the incipient insurgency that is now inevitable in America. Ironically and this is unconfirmed, the vehicle Finicum was driving was heading to a peaceful meeting the FBI had arranged. Shades of Edward I’s machinations in treating with Scottish nobles.

This is a valuable slip of the mask of the mandarins in DC, the gloves are off.

This drives into sharp relief that the police are simply obedient to their political masters and will not hesitate to shoot anyone (even children, 19 murdered by cops in 2015) they suspect of being armed.

Whether by design or bureaucratic ineptitude, the police state is driving home Aleksandr Solzhenitsyn’s contention that “[y]ou only have power over people as long as you don’t take everything away from them. But when you’ve robbed a man of everything, he’s no longer in your power–he’s free again.”

Make peace but do know harm.

School is in session, pay attention.

21 thoughts on “Killing Cowboys: Death in the West by Bill Buppert”