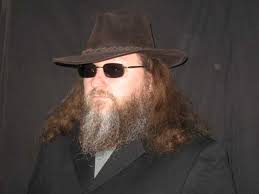 Publisher’s Note: I met Ben last year via the airwaves and he was kind enough to interview me on his show and we had several conversations on his podcasts. We talked the gamut from the police state to liberty to history and formed a tight friendship. We met for the first time this year at PorcFest in NH in June. Ben has a natural sonorous voice made for radio and a quite deep understanding of not only what history means but why history is; he groks that the key to a free world is knowing that if you establish where you’ve been as a species, you may have a better road-map on where to go in the future.

After years in the aerospace industry and in private business, Ben Stone is spending his retirement years traveling around North America in his RV, working on his mission to spread the knowledge of liberty and the desire for freedom. Ben’s podcasts can be found at www.badquaker.com and Ben is a regular co-host on the Freedom Feens radio show, heard coast to coast on the Genesis Communication Network. He can be reached at badquaker@badquaker.com. Enjoy. -BB

Tell us about your evolution to abolition.

In a way, I was raised as an abolitionist by my parents. They were about 80% there and I just took the ball a little further. So by the time I was 16, I was more like 95% across the finish line. As I often say, my dad was a self-taught pilot who refused to get a pilots license because he didn’t believe a government could own the sky. And my mother was an amateur historian who almost always assumed the pro-government official history was fake. The little faith I had in government was first challenged in the 1970’s when I worked with NORML (National Organization for the Reform of Marijuana Laws). Then, after I wasted time, money, and effort on the 1988 Ron Paul campaign, I came to the conclusion that the American Democratic-Republic model of government was flawed beyond repair, but I still couldn’t let go of the last 2-3% of statism. It wasn’t until about ten years ago that my daughter began using the Socratic method, along with gentle logical arguments, to crush the last remaining strongholds of statism in my mind.

By 2008 I still supported Ron Paul, but only for the purpose of getting the message out to a wide audience, not as an actual politician. In 2009 I had a moment of clarity when I realized that coercive government wasn’t just a bad idea, but it was the actual source of evil in the human experience. You can’t have a coercive government and freedom at the same time. They are mutually exclusive concepts.

I find there’s a lot of confusion as to what a Quaker is, so let me answer that first. Quakers are officially called The Religious Society of Friends or casually referred to just as Friends. They are often confused with Amish or Mennonites because an oat company uses the name and made up an image of a guy with a hat. But real Quakers don’t care about how a person dresses. Also Mennonites and Amish have a Swiss Anabaptist origin based on conformity, whereas the Quakers originated in England and are an older sect based on freedom, individual spiritual discovery, and a peaceful life. Modern Quakers tend to be pacifists and often lean toward socialism. The reason I consider myself a “Bad Quaker” is that I don’t attend Quaker meetings, I’m not even remotely a pacifist, and I view any form of coercive socialism to be evil. So in a way, the phrase “Bad Quaker” is an oxymoron, but it tickles the ear and plays well with Google.

Can you draw any secular object lessons from the Quaker, Amish and Mennonite communities for advancing individual freedom and liberty?

Quakers rarely form communal societies, although there are some exceptions. But the Mennonites and Amish are good examples of how people can live without police or coercive government while settling their disputes through voluntary arbitration.

Your podcasts draw from a deep well of historical knowledge and understanding, what lessons can be gleaned?

I think the most important thing to understand about history is that almost every aspect of the government-approved narrative is either an outright lie, or it’s so deeply twisted that it doesn’t even remotely resemble the actual events it depicts. State-approved schools intentionally teach history using a method that makes it as boring as possible while leaving a perverted view that almost always glorifies some government “Great Man” as the hero. But once you’re set free from that mind numbing schoolhouse history, and you start to view the human story as it actually happened, it becomes a never-ending journey into fascinating ages gone by.

Do you agree that Randolph Bourne’s “war is the health of the state” is a major theme of world history in the West?

I largely agree with Bourne. I would call war the vital signs of government, and I would extend that to the tyrants of the Far East as well as every other culture where coercive government has been tolerated. The fear that “Hannibal is at the gate” has been the excuse that tyrants have used throughout history. The key is to convince people that the devil you know is better that the potential of being conquered by a foreign devil. So long as people buy the lie, governments grow and war continues.

I’ve had the pleasure of visiting with you at PorcFest in 2014 and even got a tour of the Bad Quaker Mobile Command Vehicle. You even did some interviews and podcasts on the road. What advice do you have for aspiring podcasters?

The first thing I would say is; drop the notion of using video. Audio podcasts are simple to produce, cheaper than video, and you can publish them on your own site without depending on a government tool like YouTube. Plus, people can stream them directly to their phone and listen almost anywhere while they do their daily tasks. Video requires a screen to view and you have to pay attention to a visual that doesn’t generally add any information to the storyline.

The second thing I would say is; learn the lesson Michael Dean has taught me. People will pay more attention to a good sounding podcast than a bad sounding one, and will be more likely to look for your next one.

Any recommendations on selecting guests; do you envision your efforts as philosophically terraforming the planet one disobedient human at a time?

As far as guests, I have found famous names pull in the Google hits, but a guest with something important to say is a lot more fun to talk to, and that’s the key. People can tell if you’re genuine and if you and your guest are really getting along, and people like to hear that.

I do believe we are terraforming the planet. Our message is like life injected into a sick body. I believe that our message of liberty and our quest for freedom is the last and only hope for our species.

I think you are one of the more articulate and thoughtful speakers on the liberty circuit, a “long form” speaker like myself. Do you think this is a natural attribute or groomed over time?

For me, it’s my nature. I’ve never been interested in the quick easy answer to a question. My brother used to say about me, “Don’t ask Ben the time of day, he’ll tell you how to build a watch.” He meant that in a derogatory way, as an insult.

My answer to him was always; “If you have your own watch you won’t keep bothering me with stupid questions.” I usually tried to direct every conversation with my brother toward the fact that he was stupid. It was a prerequisite for communicating with him.

What will the USSA look like in ten years?

It’s a terrifying thing to contemplate. There’s a remote possibility that the powers-that-be will pause in their quest for the complete dominance of humanity, but I think it’s unlikely. Statism seems to be locked in a hyperbolic spiral, rapidly accelerating toward a point in infinity where the human will is crushed and the individual ceases to exist. The good news for us is that, as that spiral accelerates and as the curve gets tighter and tighter, it’s increasingly easier to interrupt the individual particles and send them off in their own directions. This is the only hope I can see; that more and more people are freed from the sinking spiral, as it gets tighter, faster, and more crushing.

4 thoughts on “Ten Questions for Ben Stone, The Bad Quaker”