Publisher’s Note: The holidays are here and all my children are flying in from all across the West to spend Christmas with us.

I want to wish a Merry Christmas to all my readers and their families. 2017 will be a different year which may or may not turn the tide of the occupation of Mordor by the oligarchies in DC. We’ll see, I am not holding breath. Don’t hesitate to stop preps for the coming Endarkenment or suspect that the rulers will all of sudden find a moral compass. They don’t have one. They are the Morlocks of the socialist author, HG Well’s fantasies.

Weapons training is critical but don’t forget that rebellion is fed by logistics and mature operating systems for strategic narrative and vision for cooperating resistance organizations. The reason this is critical is that most successful revolutions in human history are cooperative venture among a variety of loosely confederated interest blocs. Witness the Committees of Correspondence during the First American Revolution and the current webs of resistance intrigue across the Middle East.

Real revolution starts between your ears and using your transmission means for your family. Friends are a choice so be careful because Mordor has a vast and deep informant network where they buy the loyalty of people for a price that would be embarrassing if revealing to friends, families and neighbors of the snitch.

Per the amusing paroxysms of the fake news imbroglio, keep in mind that like Snowden, Wikileaks has brought the curtain back for all to see the disinformation, deceit and sheer hubris of the rulers and their political factions for all to see. You’ll note that the DNC has yet to issue a comprehensive point-by-point refutation of the email scandal in which the inner workings of America’s Communist Party 2.0 were shown for anyone interested. If the NYPD had their wits about them, a stretch at best, they copied the drive on Comrade Weiner’s laptop before turning the computer over to the Stasi.

I will be doing some more podcast interviews and discussions in 2017 and participating in a new documentary being crafted by TL Davis. Most of the work will be historical and analytical work on resistance and rebellion planet-wide..

I suggest your News Resolution include a complete disconnection any cable, satellite or antennae media that doesn’t stream. Streaming is an elective process that allows the user to be actively selective in the stuff their brainstem absorbs. A key component of the state’s success is the programming that tales place in both the broadcast realm and its supplemental mind laundry in the government schools.

Dedicate yourself to reading books, putting down your screens and talking to people…with your mouth.

Why do you think they call it programming? –BB 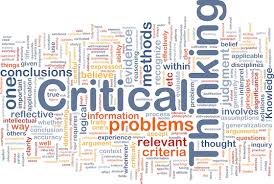 “Forget the politicians. The politicians are put there to give you the idea you have freedom of choice. You don’t. You have no choice. You have owners. They own you. They own everything. They own all the important land, they own and control the corporations that’ve long since bought and paid for, the senate, the congress, the state houses, the city halls, they got the judges in their back pocket, and they own all the big media companies so they control just about all of the news and the information you get to hear. They got you by the balls. They spend billions of dollars every year lobbying to get what they want. Well, we know what they want. They want more for themselves and less for everybody else. But I’ll tell you what they don’t want. They don’t want a population of citizens capable of critical thinking. They don’t want well informed, well educated people capable of critical thinking. They’re not interested in that. That doesn’t help them.”

How do you deprogram yourself from the programming by the state?

So I am going to wax philosophical because the season always inspires it in me.

This is the one time of the year where most people behave in a way that exemplifies the best aspects of the voluntaryist society and its aspirations.

We home educated all of our children and the sainted bride did the lion’s share of the work. We used a variant composite of the Trivium and Quatrivium, Charlotte Mason whole texts and a degree of unschooling. They have all grown now and all my boys are native born anarchists. My daughters are close but still resist the final embrace of a world without rulers. They happen to represent a significant liberty deficit that will be addressed in another essay in the future, The gender gap for individual freedom.

My oldest son who challenged my nascent minarchism and shook me out of the last vestiges of the statist stupor brought me to the stateless proposition. He went on his own intellectual and spiritual journey from Christianity to atheism that informed some of the thinking. He is a rara avis in that most atheism is peopled by secular humanists who have simply replaced a superstitious godhead with a secular God n the state. Kyle rejects both although I remind him this is a journey and not necessarily a destination yet.

As a skeptic and former member of the CSICOP, I took the Socratic drilling seriously and have since discovered in concert with my Stoic ideology that initiated violence is the core fulcrum for well-behaved human societies. Harnessed to self-interest it sort of defines the ideal dystopia we as humans can aspire to. Remember that aspiration is simply ambition defined before the action takes place. I never employ the term utopia in a dispositive or positive fashion because the very notion is just as foolish and hubristic as the concept that a small group of psychopathic violence brokers can craft a just society through the use of wholesale violence to force people to behave under the lash. No wonder the state always ends up looking like a gold-plated plantation.

I believe that education as John Taylor Gatto as exhaustively explained is the source for the success of all modern states in the West. The continuing Enstupidation we are witnessing with the last three generations in concert with the screen addictions during all their waking hours is producing the new Homo Sovieticus of the 21st century. The latest selection of the new plantation director in the Offal Office is a wonderful explication of the problem. How many have seen the diaper pins, safe spaces and threats of violence emanating from the women of both sexes that crowd both e sides of the received spectrum in the United States more so on the Left.

My initial reaction is bring it and my secondary reaction is to wonder at the hubris of a physically and intellectually disarmed substrata of the population makes threats it can’t possibly cash. As I recently told a friend who said “Donald Trump is not my President.” I responded with “Welcome to my world, you commie fuck, I haven’t had one since John Hanson.”

All of these pajama-clad militant government supremacists are the logical conclusion of your intellectual wellspring being fed solely by government education and media presstitutes being the dutiful state stenographers that they are. A bird that grows up in a cage and has never left it can’t possibly know what its wings are for. I suspect this may be a rather large part of the population that has voluntarily bought hook, line and sinker the Stalinist vision of a state – total subservience to the government in all things on pain of being fined, kidnapped, maimed and killed by their beloved states dutiful badged Orcs. Why do you think these darlings embrace the concept of hate speech. Rational people know that hate speech and offensive language exist but one can no more have free speech by restricting it than eliminating cannibals by eating them.

You know you’re a statist when you contend that state punishment and threats is the only thing that keeps you from harming your family.

It all starts in your own life. You cannot do anything more than that. Your mind and volition is yours as long as you are willing and settled in paying the price for disobedience and lack of conformity.

Don’t ever put your kids in a government institution of any type before they reach the age of majority and can take the decision for themselves to proceed to the collegiate gladiatorial games where their individuality will be tested in the extreme. It’s hard and it’s expensive. You not only pay for the home education of yours but whether your rent or buy a domicile, your property taxes are paying for that local urchin prison complex that creates the ambulatory zombies you call other people’s children.

Turn off any cable, satellite or antennae-borne media effluents seeping into your home. In an hour or tomorrow morning, whichever is sooner. You’ll save money and get closer to your family. You will be amazed at the liberation.

Address screen addiction in your home. I have a dumb phone on purpose so I can get some relief from screen gazing; like plenty of working folk, I use a computer all day for my work. My wife has a smartphone but we have developed methods to lessen the influence like daily pauses, reading books and using Audible subscriptions to make commutes more useful.

Critical thinking is thinking about thinking to improve your thinking through better thinking. Get acquainted with the entire fascinating world of fallacies. Practice conversation and Socratic drilling. Identify your bias filters and hone your skills at identifying other people’s filters. Learn to frame arguments properly.

Get familiar with the opposition’s leading intellectual lights. I may disagree with Winston Churchill, Alexander Cockburn and Christopher Hitchens substantively but these were tremendous and luminous intellects that graced books and the airwaves. Learn from them. Learn from their rhetorical sword fighting.

2017 will be very interesting but keep your eyes on the ultimate prize: making the world safe for individual freedom again wherever you may find yourself.

Oh yeah, get to the range soonest. The man with the ancient Enfield will always defeat the guy who spends all his money on kit and never acquaints himself with the tools he needs to keep the marriage of freedom and marksmanship prosperous.

“I want to oppose the idea that the school has to teach directly that special knowledge and those accomplishments which one has to use later directly in life. The demands of life are much too manifold to let such a specialized training in school appear possible […] The development of general ability for independent thinking and judgement should always be placed foremost.”

12 thoughts on “Break the State: A News Year’s Resolution for the Ages by Bill Buppert”