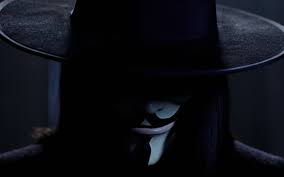 “Successor to a sinister inheritance, reared among fierce conditions and moving through ferocious times, he supplied those qualities of action and personality without which the foundations of Irish nationhood would not have been re-established.”

Secession is the rule and not the exception throughout history.

Uti possidetis juris, as it stands at the present, is based on two ideas: self-determination and the non-interference in the internal affairs of other countries. It emanates from the Treaty of Westphalia and flows forward in history. The Treaty is often cited as a touchstone of First Generation Warfare. In the end, all secession comes down to self-determination at the lowest level. Many in libertarian circles, including myself, insist that secession begins at the atomistic level and succeeds from there. The very distillate of secession is the freedom to choose and opt-out from circumstances that negate your ability to be free.

So the Queen is concerned that a Scottish secession would change the United Kingdom? The First Flatulence in the White House is wondering why the IS fighters are refusing to recognize Western-penciled borders? The Ukraine and Russia fight over a partition that serves one or the other. In the last disagreement, the US is firmly in the camp of keeping the statist quo intact. This in spite of official flip-flopping on when secession is good and when it isn’t..

One of the reasons the US has such a conflicted relationship with secession is the muddled history that teaches contemporary Americans that secession is bad after the American Revolution (1775-83); the divorce from the UK then was good but the Confederate aspirations to mimic that success would not be tolerated under any conditions. Similar displeasure was expressed at Texan ambitions to separate from the Union and all succeeding secessionist movements within the US have been discouraged and crushed where necessary. Silly wankers in Alaska actually wanted to put it to a vote; this was, of course, declared illegal by the Federal courts.

The US frowns on secession when it suits their needs and encourages it otherwise such as the wholesale calving of the former USSR and Yugoslavia in the last decade of the twentieth century. With few exceptions, most nation states, particularly in the West, fight the calving off of constituent parts. While I would be hard-pressed to justify any military intervention by the US since 1893, a brief look at the adventures in Iraq and Afghanistan provide many primers on how not to conduct a conflict. Both cases show a dogged determination to maintain Western-penciled borders in the aforementioned countries agnostic to tribal and blood clan division that make the forced cohabitation a powder keg in the best of times.

Afghanistan is an imaginary country and during my year-long sojourn there in 2013, a mere dozen years after the American folly began in 2001, no western country much less the Afghans themselves could settle on the total number of districts or provinces in the country. The infrastructure was still fifth world and the absurd dysfunction of all the security forces made light of the six districts in solid Taliban control since 2001. Outside of Kabul, the central government doesn’t exist except in the raw form of brute violence visited by government security forces in concert with the NATO ground forces’ occasional forays outside heavily Westernized compounds or ill-conceived operating bases located at the bottom of valleys.

In a way, Afghanistan is a one-stop shopping experience for why the state is a murderous highwayman putting a boot on the face of humanity from both a Western and indigenous government perspective.

Suspending all disbelief in the horrendous error that US military involvement is good and virtuous, how might a rational actor have contended with the alleged problem? The primary difficulty, besides the gargantuan strategic deficit disorder that informs the entire American military project planet-wide, is the stubborn insistence that borders can’t change unless convenient to the external actors involved much like the advantage of approving of the dismantling of the two Eurasian nations mentioned earlier. Imagine if partition, secession or provincial devolution had been proposed that would have reduced the Afghanistan state into a number of constituent components. The same applies to relieve the pressure of Kurds, Sunni and Shia fighting to live together in a cage not of their own making. Even when Hussein was the warden, he conducted horrific violence against the denizens of his jurisdiction to keep the kettle from boiling over.

All of this begs the question of why the US would do that. Besides the money laundering aspects for the vast Western national security state apparatus of armed global meddling, the US government does not have the moral or political imagination to think that devolution or secession is necessary because it fears the repercussions at home. The old saw that whatever empire practices abroad will come home in spades is a meme in the minds of the rulers and elites in the West. Ask the subjects in the UK surveillance state.

Whether Republicans or Democrats, the apologists for the US mega-state think it is outside the realm of polite conversation to even contemplate much less openly discuss the possibility of breaking apart what has become an untenable project in the US to sustain individual liberty and freedom. These are the same people who will smirk at your tinfoil hat notions when you talk about the New World Order or one world government yet become deadly serious in their defense of the same idiotic notion for the tax jurisdiction in America. If America is too big to fail, why not be a booster for one world government; if severe and bloated concentrations of power in a few hands under a Federal dominion is good for America, why not the world?

The administrators in DC could no more approve the breakup of the US than Lincoln did to cement the bond and open plantation membership to all the American people after the conclusion of that unpleasantness in the nineteenth century.

England is instructive in this regard. After WWII, when the Empire was reeling from imminent bankruptcy and the rupture of the Imperial Project, it simply lorded over a few rocks like Diego Garcia and Ascension Island scattered around the globe after 1948 with the liberation of India. While the UK lost most of the planets in its imperial orbit after WWII, it still fought vicious battles both overt and covert in Malaya, Oman, Aden, Falklands and, of course, the 800 year battle to retain the Northern Irish under the English yoke.

If you see a dim future for America, you would be wise to examine the most thoroughly documented successful secessionist project in the twentieth century in the West and it’s all in English for both primary and secondary source documentation. The Irish Rebellion (1916-22) is illustrative of many of the aspects of the successful guerrilla conflict in many aspects and the British response is precisely the textbook example on how to bollocks a counterinsurgency. Michael Collins proved to be one of history’s great captains of insurgency against a much more wealthy foe. The lessons not to be gleaned are the socialist quagmires created in Eire afterwards; the successful divorce and the same collectivist nonsense will saddle a future independent Scotland in its bid to be prosperous and self-sufficient. The success of Northern Ireland to fight a rather successful campaign against the rest of the 800-year occupation by the English is instructive for the latter half of the century. The lessons learned can be gleaned by the careful student of resistance and rebellion.

The regime in DC thinks secession is a four-letter word but soon enough they will have to spell it correctly as the kettle boils over and they start to rewrite the military manuals and police instructions to battle the many divorce papers that will fly across the transom in Mordor on the Potomac as the economy collapses and the regime starts to receive push-back from the endless bullying, theft and regulation of the unfortunate citizens still residing in the US.

“Law and order in Ireland have given place to a bloody and brutal anarchy, in which the armed agents of the Crown violate every law in aimless and vindictive and insolent savagery.”

– General Sir Hubert Gough, Commander of the Fifth Army in France, after the use of the “Black and Tans” and the Auxilliaries in Ireland.

“There is no crime in detecting and destroying in wartime the spy and informer. They have destroyed without trial. I have paid them back in their own coin.”

– Michael Collins commenting on Bloody Sunday, when his men gunned down British spies in Dublin.

20 thoughts on “The Statist Quo: Breaking Bad and Worse by Bill Buppert”