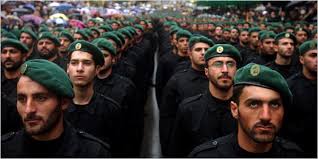 3 thoughts on “Israel as Goliath: The Giant Falls and Fails by Bill Buppert”